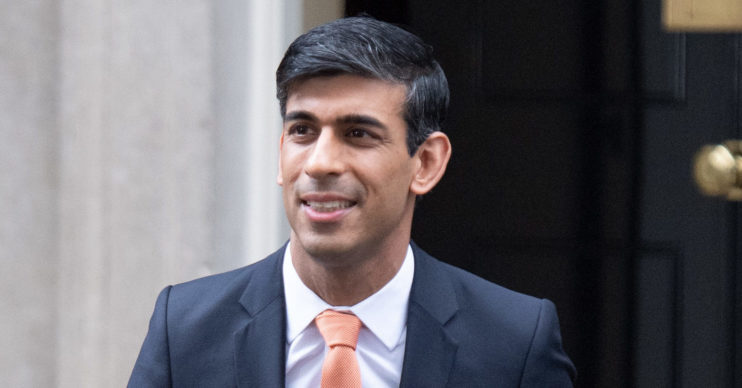 Changes to the Government's pay scheme will impact furloughed staff

Furlough pay has officially been extended in the UK.

There were fears Rishi Sunak was planning to end the furlough scheme as part of easing coronavirus lockdown measures.

However, he has spoken out today (May 12) to confirm that the programme has been extended until October.

But the Chancellor added that there will be some changes.

Here’s what the furlough extension means for Brits…

When does furlough pay end?

The government’s furlough scheme has been extended by four months.

It will finish at the end of October later this year by which point the project will have run for a total of eight months.

However, at the end of the July, there will be changes to the scheme.

Rishi said: “From August to October the scheme will continue, for all sectors and regions of the UK, but with greater flexibility to support the transition back to work.

“Employers currently using the scheme will be able to bring furloughed employees back part-time.”

The Chancellor added: “We will ask employers to start sharing, with the government, the costs of paying people’s salaries.”

Currently, the government covers 80 per cent of people’s salaries up to a total of £2,500.

Moving forward, furloughed staff will continue to receive the same level as support as they do now.

The Chancellor has confirmed that further details will be released by the end of May.

According to the HMRC, 6.3 million Brits have been furloughed by 800,000 companies so far.

This has cost the public £8bn as of May 3 with costs spiralling further still.

Over three months , the Office for Budget Responsibility has warned the scheme could end up costing the taxpayer £42bn.

With more Brits are expected to be furloughed over coming weeks, the Treasury cannot afford the bill.

Millions of hard-working Brits will sadly face redundancy depending on how the scheme ends.

READ MORE: Chancellor Rishi Sunak could ‘reduce furlough to 60 per cent’ as he ‘winds down’ scheme

This is why the pressure is piling on Rishi to confirm plans by mid-May if furlough is to end in June.

Currently, four in five workers in the hospitality industry have been furloughed.

Once the scheme ends, up to 2 million people working in the sector are at risk of losing their jobs.

She told the Financial Times: “The sector will need time to reopen gradually and some staff will need to be furloughed as businesses get back up to speed.”

The retail sector is also at significant risk with experts warning 150,000 jobs could be lost.

However, the Chancellor has spoken out to stressed that there will be no cliff-edge to the furlough scheme.

Rishi told ITV News: “”As some scenarios have suggested, we are potentially spending as much on the furlough scheme as we do on the NHS, for example.

“Clearly that is not a sustainable situation.

“To anyone anxious about this I want to reassure them.”

Despite this, experts have warned that the UK is on verge of the worst recession in living memory.

When did furlough pay start?

Furlough pay can be backdated to March 1.

However, workers were not paid until April.

This is because the portal employers need to use to register their employees’ furloughed status wasn’t ready until last month.

What is the furlough scheme?

The furlough scheme was launched to help businesses avoid laying off staff during the coronavirus pandemic.

It is funded by the taxpayer.

Officially the Coronavirus Job Retention Scheme, it started on March 1 and is open to employers in the UK for three months.

It is open to any organisation with employees that started a PAYE payroll on or before February 28 this year.

Who can use the furlough scheme?

In the UK, any organisation with employees is able to apply.

This includes businesses and charities.

Organisations already receiving public funding to pay their staff are expect to continue doing so.

This means they should not put their employees using furlough cash.

What do employers need to do?

Read more: Coronavirus: ‘Many’ UK petrol stations will be ‘forced to close’ during lockdown

Employers first need to designate which employees are no longer able to do their jobs because of the government’s coronavirus response.

They need to then tell the affected employees they are on furlough.

The next step is to submit information to HMRC, as outlined on the government’s website, once the claim tool is up and running at the end of April.

Are you on furlough? Leave us a comment on our Facebook page @EntertainmentDailyFix and join the conversation.