Fans of Kerry Katona have united to defend the former pop singer on social media after she was slammed for sharing a post about a tyre company.

The former Atomic Kitten star and I'm a Celebrity...Get Me Out of Here! winner posted a caption seemingly promoting a tyre business accompanied with a picture of her with the firm's boss.

Smiling outside Ben's Tyres, Kerry wrote: "Had to go get new tyres today and I couldn’t believe how fast they put them on! Honestly was only there 30 mins and they did all four or am I just being a real girl in thinking that it would of taken all day? @benstyres thanks guys."

Several of Kerry's some 528,000 Instagram followers were none too happy with what they believed to be an ad, and argued that she was simply using it as an opportunity to get free stuff.

One irritated follower asked: "Do you ever buy anything yourself?"

Another posted, "Free tyres?" followed with a smirking emoji.

Had to go get new tyres today and I couldn’t believe how fast they put them on!! Honestly was only there 30 mins and they did all 4 or am I just being a real girl in thinking that it would of taken all day???? 🤣🤣🤣🤣🤦‍♀️🤦‍♀️🤦‍♀️. @benstyres thanks guys 😘🙏

Do you ever buy anything yourself?

A third wrote, "#ad" to which Kerry personally responded to and claimed it was not an advert.

The 38-year-old wrote: "But it isn't a ad! Just letting people know I got my tyres done today!"

A further user wasn't buying Kerry's explanation and wrote:"It's not an ad but you've subsequently stood directly in front of the sign to advertise the business. How convenient of you!" 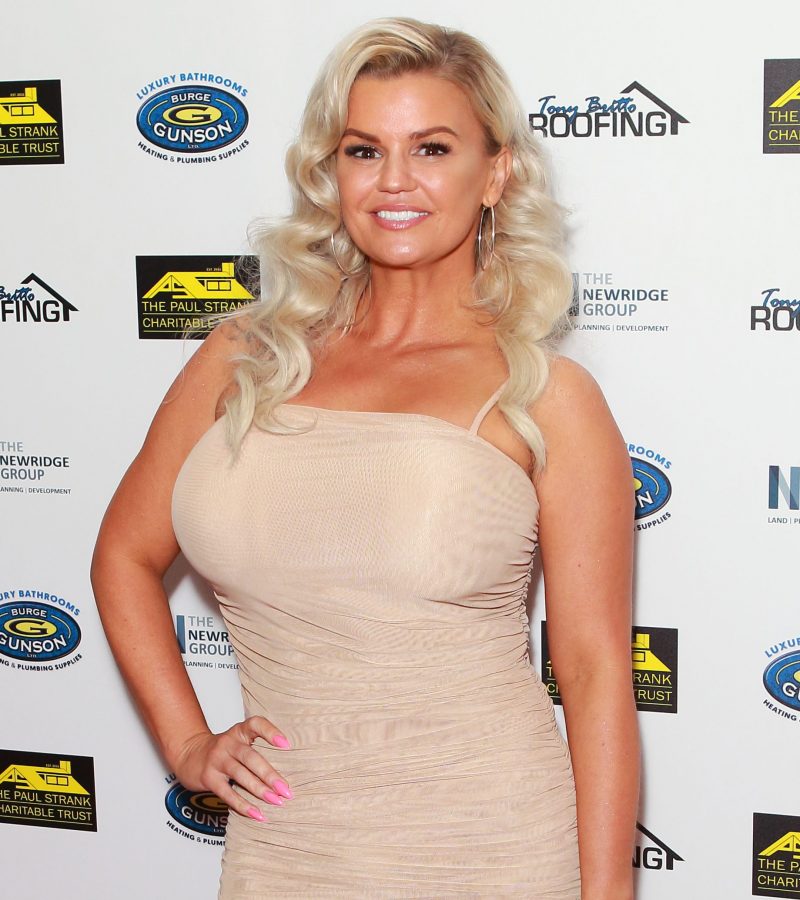 Kerry insisted it wasn't an ad, and the business' owner later confirmed she had paid for her tyres (Credit: Grant Buchanan / SplashNews.com)

However, not everyone was against the post, with many rushing to the mum of five's defence.

One wrote: "Wow think some people need to get out more. What's with the comments. Ignore them Kerry, love the new tyres."

A second wrote: "Wow what is wrong with people, she is just saying thanks and putting her local tyre company on her page!"

Ben from Ben's Tyres even waded in and said that Kerry did pay for the tyre service. He also thanked her for the publicity.

He wrote: "Just to clarify @kerrykatona7 did pay for her four tyres. She's a wonderful down-to-earth lady. Thank you @kerrykatona7 for visiting us today and for the publicity."

This is not the first time Kerry's Instagram ads have divided her followers.

A few weeks back she posted an advertisement for a special cosmetic treatment package called the 'Katona Package'.

It cost £699 and many uses were disturbed by the high price - and also the message it might send to vulnerable followers.

One user wrote: "Not great for some of your younger audiences or fans really!"

And another commented: "Your promotion of positive mental health seems to be fillers, lipo and whatever weight loss products you get paid to promote."

A third posted: "As a mother of young girls, I can't believe you endorse stuff like this and skinny jabs. Awful."

What do you think of Kerry's posts? Tell us what you think on our Facebook page @EntertainmentDailyFix.