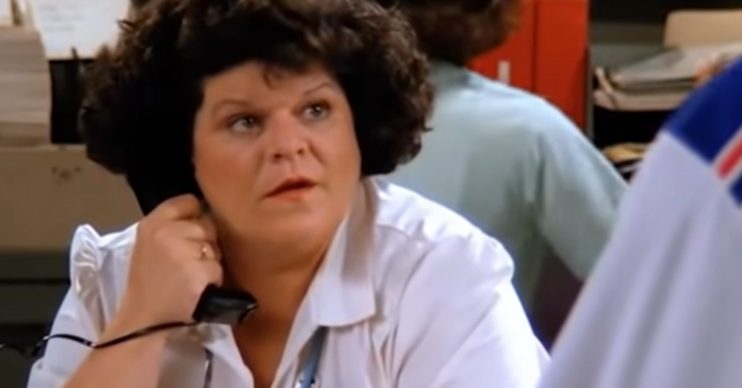 She was battling cancer

Mary Pat Gleason who starred in shows such as Friends and Desperate Housewives has died aged 70.

The actress, who has more than 100 acting credits to her name, lost her battle with uterine cancer on June 2.

Her nephew, John Brostrom, told ET that Mary Pat had originally beaten the disease in 2015, but that it recently came back.

After a month in hospital, she was taken to rehab for therapy around the time the coronavirus pandemic began.

Although her friends and family were unable to visit her, she was then moved to a friend’s home in late April. It was here she spent the last five weeks of her life.

John also said it’s meant so much to the family “how loved and respected she was in the Hollywood community.”

Her kind heart and warm smile will be missed.

Mary Pat did not request a service. Her family will have a personal memorial in which she will be cremated.

They have asked her legacy be honoured by donations to a charity that supports bipolar disorder, which the actress “challenged” during her adult life.

Friends fans know Mary Pat as Nurse Sizemore from the emergency room when Ross was hit with a hockey puck. She also starred in several episodes of Desperate Housewives as teacher Elenora Butters.

Her other credits include the film A Cinderella Story with Hilary Duff, Baby Daddy, How To Get Away With Murder, and Will and Grace.

She also guest-starred in Mom and co-star Alison Janey posted a tribute to her on Instagram.

We said goodbye to Mary Pat Gleason yesterday. She was part of our @mom_cbs family and we loved her so much. She was one of our favorite guest stars. Her kind heart and warm smile will be missed. RIP dear Mary Pat 💔.

“We said goodbye to Mary Pat Gleason yesterday. She was part of our Mom family and we loved her so much.

“She was one of our favourite guest stars. Her kind heart and warm smile will be missed. RIP dear Mary Pat.”

“Mary Pat Gleason, one of the dearest and sweetest people I have ever had the pleasure to know, passed away last night at age seventy.

“She has 174 credits on her IMDB page (with one unreleased film still to come), but she was so much more than a wonderful actress: she was one of a kind. So caring, so funny, and so delicious to be around, that I find it hard to imagine a world without her shining presence and smiling face.

“My heart goes out to all who knew and loved her (all one million of you). Let’s all raise a glass to her this evening as one and offer a final toast and a fond farewell in her memory. ”