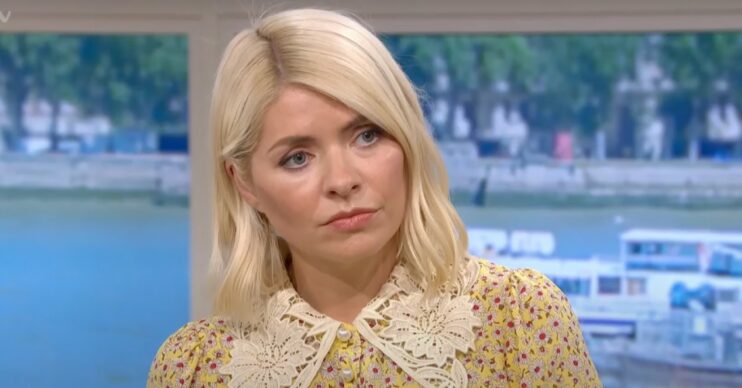 Holly made the confession back in 2020

Freeze the Fear star Holly Willoughby once revealed that she was “riddled with mum guilt” over missing her children’s early school days.

The 40-year-old revealed in an emotional interview that she’d found juggling a TV career and being a mum “challenging”.

During an interview with Red in 2020, Holly revealed that she had always wanted to be a mum when she was growing up.

However, she confessed that being a working mum hadn’t been something she had anticipated.

Read more: Holly Willoughby apologises as she ‘breaks number one rule’ on This Morning

She then admitted that being a working mum was the biggest challenge.

“I’ve been riddled with guilt about getting that part wrong. You love them so much and you don’t want to mess them up,” she said.

The Freeze the Fear star then went on to reveal that she couldn’t do the school drop-off with her children. She said that this was down to her job at This Morning.

“I didn’t do the drop-off because I was working,” she said.

“I hate that I wasn’t there because those memories you can’t get back,” she added.

However, she then went on to say that she was lucky that she got to pick them up from school and spend time with them on the weekends.

Holly also paid tribute to her husband, Dan, who she said was “vital” in bringing their three kids up.

The 40-year-old quit Celebrity Juice in 2020 so that she could spend more time with her family.

The star took aim at the 57-year-old during yesterday’s edition of This Morning.

Holly was discussing Donald Trump‘s comments about Meghan Markle and Prince Harry during his interview with Piers for TalkTV.

Trump suggested that the Queen should remove Meghan and Harry’s titles. He also said that their marriage won’t last.

Discussing Trump’s comments, Holly said: “He’s never been a fan of Meghan, has he? Right from the get-go, he’s been quite opinionated. He seems to blame her for all of it.”

“Also, he’s talking to Piers Morgan who isn’t a fan of Meghan either,” Camilla Tominey added.

“Not much balance in that chat,” Holly quipped.