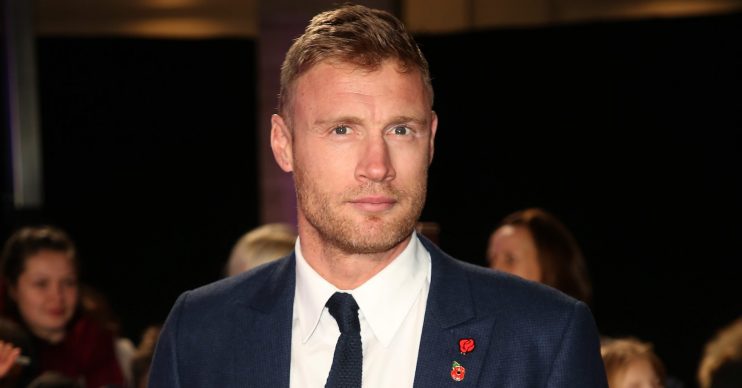 Freddie Flintoff has secretly welcomed his fourth baby with his wife Rachael.

The couple announced in October last year they were expecting another child.

Top Gear presenter Freddie – whose real name is Andrew – has now revealed they welcomed a little boy at Christmas and have named him Preston.

How did Freddie announce the birth of his son?

Freddie shared the news on talkSPORT, saying: “Little Preston was born at Christmas – it is the first time I’ve actually spoken about it.

Little Preston was born at Christmas.

“But yeah, we have got another baby and it has been nice spending time with him.”

Last year, Rachael showed off her bump for the first time at the Attitude Awards in London.

A source told MailOnline at the time: “They’re over the moon to be expecting again. It’s been exciting news for all the family.”

Former cricketer Freddie – who married Rachael in 2005 after three years together – previously vowed his days changing nappies were over.

Speaking about having more kids in 2016, he told The Sun: “We thought about it.

“I originally wanted five but you have three and that felt like enough. I couldn’t go back to the nappy stage now.”

Elsewhere, it was recently reported that Freddie will be teaming up with Holly Willoughby for an Olympics-themed TV show.

Read more: This Morning’s Ruth Langsford and Eamonn Holmes argue over his eating habits in lockdown

The pair are set to join forces for The Real 2020 Games.

What is the show about?

The show will see celebrities take part in a number of Olympic-style events around the time of Tokyo 2020.

A source told The Sun: “Freddie’s a fantastic presenter and bosses thought he would be the perfect fit working with Holly.

“They know each other anyway and on-screen they really bounce off one another.

“Freddie’s cheeky personality is the perfect match for Holly and bosses think they are going to prove a ratings hit.”

Leave your congratulatory messages for Freddie and Rachael on our Facebook page @EntertainmentDailyFix.