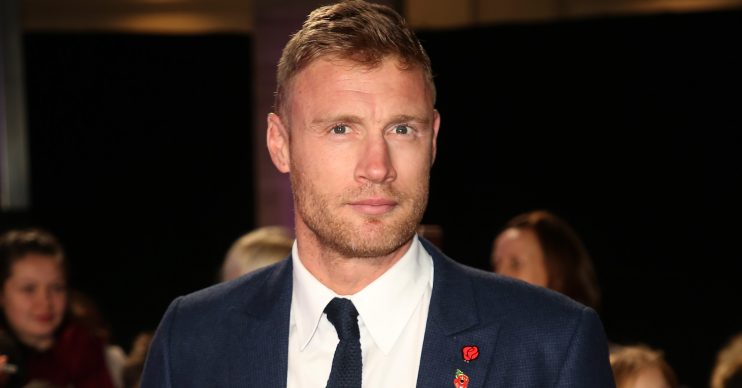 Freddie Flintoff and wife are expecting their fourth child

The baby is expected in the new year.

Andrew Freddie Flintoff is to be a father for the fourth time.

The Top Gear presenter’s wife Rachael Wools – with whom he already has children Holly, 15, Corey, 14, and 11-year-old Rocky – is pregnant and showed off her growing bump at the Attitude Awards in London last week.

Read More: Piers Morgan hits out at David Walliams for being two-faced

And the whole family are thrilled to be getting a new addition in the new year.

A source told MailOnline: “They’re over the moon to be expecting again. It’s been exciting news for all the family.”

They’re over the moon to be expecting again. It’s been exciting news for all the family.

The 41-year-old former cricketer – who married Rachael in 2005 after three years together – previously vowed his days changing nappies were over.

Speaking about having more kids in 2016, he told The Sun: “We thought about it. I originally wanted five but you have three and that felt like enough. I couldn’t go back to the nappy stage now.”

Read More: Robbie Williams strips off to reveal something huge

Last month, Freddie was involved in a high-speed crash on a trike while filming a stunt for Top Gear at Elvington Airfield, but he was “absolutely fine” afterwards.

He said at the time: “I’m absolutely fine and was back filming today. I go to great lengths to make sure I do well in Top Gear drag races but on this occasion I went a few lengths too far.

“It will look more ridiculous than dangerous when you see it on TV.”

A spokesperson for the show confirmed he had suffered no injuries and that the “sequence” will be shown in full in the next series of the show.

Tonight at 8pm on @topgear me and @mcguinness.paddy go to Borneo and @harrismonkey reviews a @rollsroycecars Cullinan , what could possibly go wrong 🤷🏼‍♂️

Read More: Ant and Dec meet the guide dog puppies named after them as Dec reveals his dog is ‘a bit of a stud’

They said in a statement: “The health and safety of our presenters and crew on Top Gear is paramount. As viewers of the recent series will have seen, Freddie is often keen to get ‘off the beaten track’. Tuesday’s filming at Elvington Airfield was no exception – but he suffered no injuries as a result of his spontaneous detour, as fans will see for themselves when we show the sequence in full in the next series.”