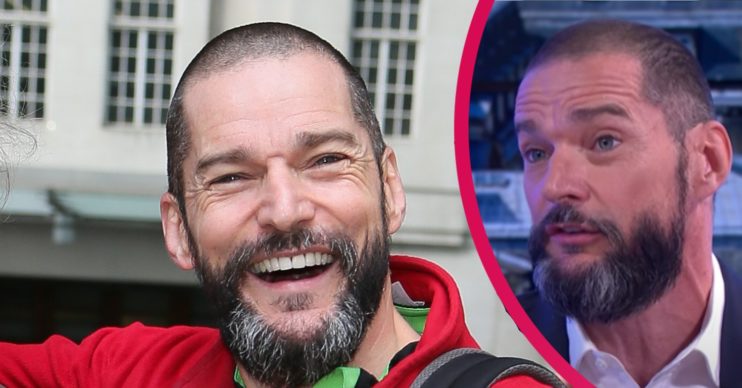 Fred Sirieix melted hearts on social media with a sweet photo of himself and his son, Lucien.

The First Dates host, 48, posted a snap of himself and his youngest child on Instagram as they enjoyed a ride on London’s Emirates Air Line cable cars.

In the picture, simply captioned with a heart emoji, Fred sits with his arm around 10-year-old Lucien, kissing him on the head.

The boy, meanwhile, is engrossed on a phone.

One told him: “It’s love without end. Amazing shot, Fred.”

Another admitted: “They do take your heart.”

A third commented: “Lovely photo… full of meaning and love.”

They grow up so fast.

“Beautiful memories to look back [on],” said a fourth adding: “They grow up so fast, in the blink of an eye.”

Others found it so relatable. One fan told the French TV star: “Love this Fred, my boy is a similar age and we are just like that too. He plays games on my phone too.”

“Stunning photo,” another wrote, laughing as they added: “My son always wants my phone too.”

The First Dates favourite is private when it comes to his personal life.

But last month, fans were pleased when Fred opened up about his upcoming wedding in a chat on Good Morning Britain.

He popped the question to his fiancée, who he affectionately refers to only as Fruitcake, in March earlier this year.

When asked how he did it, Fred told presenters Ben Shephard and Kate Garraway: “It was perfect because she said yes. That’s the main thing. The only thing is though is I did not get a ring.

“But I’ve now managed to do it because we are out of lockdown so the ring is there and she is very happy. So all is well!”

The star is planning to tie the knot in Jamaica.

Originally, the couple were hoping to walk down the aisle next year. They had to postpone plans due to COVID.

Fred explained: “We’re waiting to see when we can travel because it’s important for all of our friends and family [to be there].

“We have to be patient and see what is going to happen. It is out of our control, but we are planning for early 2022 now.”