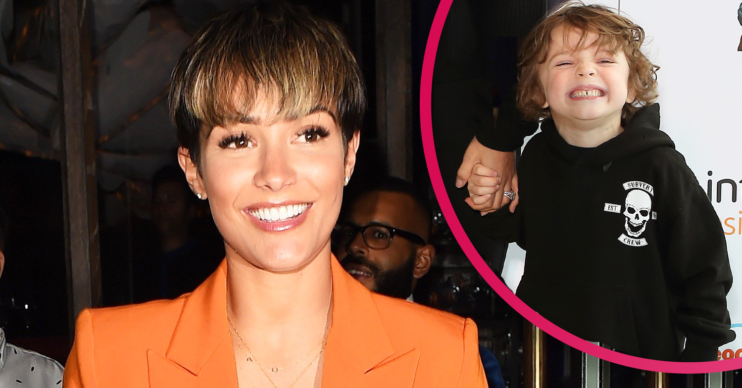 The cheeky tot was nervous ahead of the big day

Frankie Bridge has shared a series of adorable pictures of her son Carter on his first day back at school.

As children up and down the country were preparing to go back to school, Frankie took to social media to document her own son’s return.

What did Frankie Bridge say?

A quartet of snaps showed Carter, five, all dressed up and ready to go.

Former Saturdays star Frankie captioned the image: “Little Legs is back to school… he’s very nervous about how he’s going to make friends…

“But I know this is totally what he needs and he will be absolutely fine.

Little Legs is back to school… he’s very nervous about how he’s going to make friends.

It wasn’t long before many of her 1.2million followers wished the lad good luck on his return to school.

What did her fans say?

A third wrote: “Have a great day little man. You will make lots of friends because you sound so kind.”

Another of Frankie’s followers wrote: “The teachers will make sure he’s okay and makes some friends… bless him.”

Frankie recently opened up about her “constant struggle” with food and her kids.

In an exclusive interview with ED!, she admitted that she found it difficult to get the balance right.

“My first, Parker, was a bad eater, but Carter was a good eater,” she revealed.

“It was maybe because I was more relaxed.

“It’s a lot of pressure as a parent trying to get your kids to eat healthily and it doesn’t always work out.”