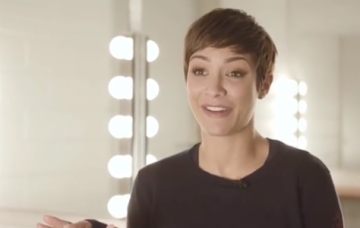 Frankie Bridge has admitted she’d love to go on I’m A Celebrity after her husband, Wayne, and Saturdays band mate Vanessa White both had fun experiences on the show.

But there’s one thing holding the singer back – how much she’d miss her two sons, Parker and Carter.

The former Strictly finalist told the Daily Star Online: “I only do things that I want to do and I like to do things where I learn something.

“I like to be put through my paces… the jungle would be awesome but it would have been easier before I had the boys.

“The thought of being away from them for that long is something that would put me off now.”

Frankie’s sons with former footballer Wayne are now aged four and two and she said they have to be “flexible” with their career choices in order to make their family life work.

In April, she will join the cast of Disney On Ice for two special shows.

Revealing the news to her 918k Instagram followers in a video clip last month, she said: “I was so excited to be asked to be on Disney On Ice. As a child I really wanted to learn to ice skate and it seemed like an opportunity I couldn’t turn down. It’s a massive show and it looks amazing.”

Read more: Lorraine says she was “dying” with illness that forced her to miss own show

She added that she will be really nervous about not “ruining” the show, as she has a lot to learn before her appearances in Liverpool and London.

She wrote alongside the video: “Ta-dah!!! Sooo excited to finally reveal what I’ve been up to…. I’m swapping my dancing shoes for SKATES!!! I’ll be performing with #DisneyOnIce… presents ‘World of Enchantment’! Come see me in action for TWO exciting shows…in Liverpool & London! More details to follow…what have I signed up for?!”

If it goes well, it seems Frankie should be signed up for a new series of Dancing On Ice as opposed to the jungle!

Frankie previously told The Mirror she would consider becoming a campmate after her husband enjoyed his time there in 2016.

But she said she’d find it tough as she’s “such a wimp”.

She added: “If I did it, it would be purely to test myself. The worst possible thing for me would be to eat something weird because like I can’t even eat ketchup so for me to eat some sort of kangaroo willy or the juice drink thing, I don’t know if I could do it.

“Or even the things they eat for dinner, at one point Wayne was sucking the head of some blue bird and I was like what are you doing?”

So perhaps one day we will see Frankie in the jungle as it sounds like she’d be hugely entertaining in the eating Bushtucker Trial!

Would you like Frankie to go on I’m A Celebrity? Leave us a comment on our Facebook page @EntertainmentDailyFix and let us know what you think! 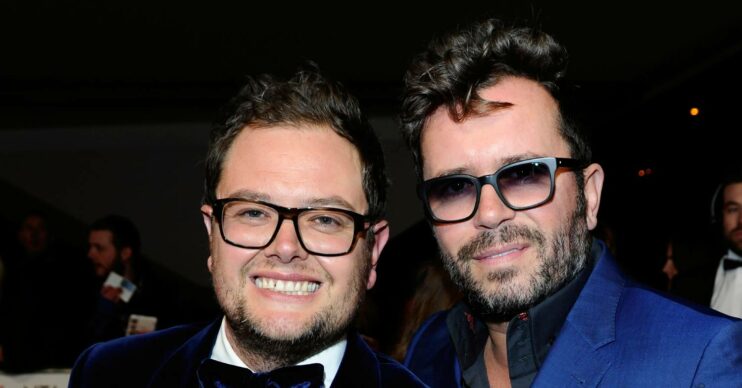