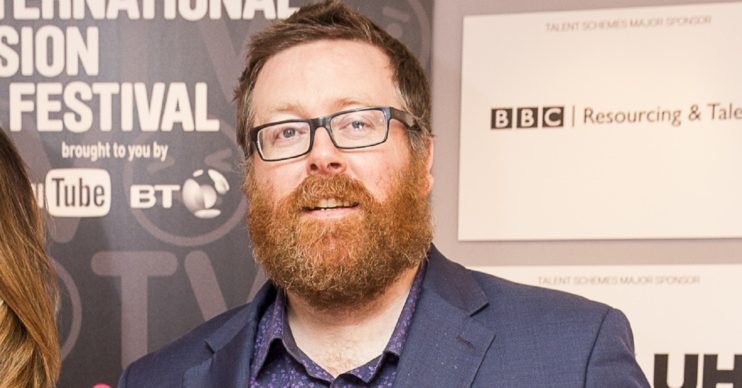 Scottish comedian Frankie Boyle has caused outrage by joking that he bought fireworks to use in the event Prime Minister Boris Johnson died from coronavirus.

The controversial comic told his Twitter followers he had purchased some fireworks as a “contingency plan” in case the PM lost his battle with the deadly flu-like bug.

What did Frankie say?

On Tuesday (May 12) evening, he tweeted: “Boris Johnson said contingency plans were made for his death.

Another said: “Wishing for someone to die. Such class.”

Someone else told Fankie: “Sad state of affair if you feel the need to celebrate the death of a human being!”

Wishing for someone to die. Such class.

Sad state of affair if you feel the need to celebrate the death of a human being!

It follows a backlash against comments made by actress Miriam Margoyles, who racked up hundreds of Ofcom complaints after admitting she ‘wanted Boris Johnson to die’ from coronavirus.

On an episode of The Last Leg (Friday, May 8), Miriam was asked how she thought the government had handled the pandemic so far.

She admitted that at first she wanted Boris to die when he went into hospital suffering with COVID-19, sparking a flood of complaints to TV regulator Ofcom.

Responding, a Channel 4 spokesperson commented: “The programme is live and unexpected comments can happen. In this instance, Miriam went on to say that she wanted him to get better.”

What did Miriam say?

On the show, Miriam spoke to hosts Adam Mills, Alex Brooker and Josh Widdecombe about the Prime Minister and how he has dealt with the virus outbreak.

“I had difficulty not wanting Boris Johnson to die. I wanted him to die.”

Miriam went on: “Then I thought that will reflect badly on me and I don’t want to be the sort of person that wants people to die.

“So then I wanted him to get better, which he did do. He did get better. But he didn’t get better as a human being. And I really would prefer that.”

As well as shocking The Last Leg hosts and viewers, the comments were slammed by Good Morning Britain’s Piers Morgan, who said Miriam’s comments were ‘disgusting’.