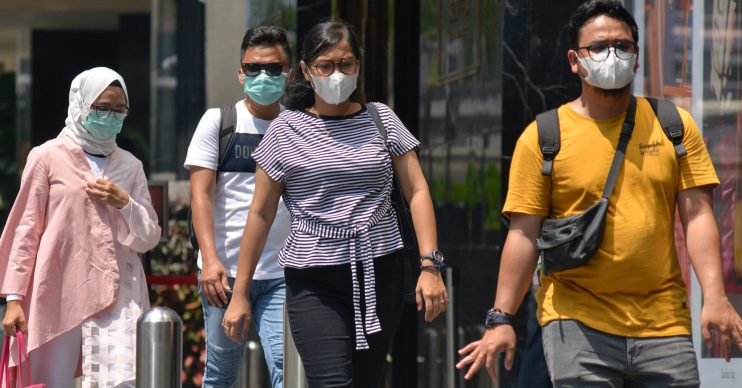 A patient in Wolverhampton

A fourth person in the UK has died from coronavirus, the Health Secretary revealed today.

According to MP Matt Hancock, the total number of deaths in Britain from the deadly flu-like bug has reached four.

Speaking to his fellow MPs at the Commons on Monday (March 9 2020), the Health Secretary is reported to have said: “Here in the UK, as of this morning, there were 319 confirmed cases. Very sadly this now includes four confirmed deaths.

He added, as reported by Metro: “I entirely understand why people are worried and concerned and we send our condolences to the families.”

According to Sky News, the patient – a woman in her 70s with underlying health conditions – died in Wolverhampton.

It follows the death of a 60-year-old man over the weekend.

According to Chief Medical Officer for England Chris Whitty, who announced the third death on Sunday (March 8 2020) evening, the man was in his 60s and, similarly, had “significant” existing health issues.

The individual, who was being treated at a hospital in Manchester, is reported to have tested positive for the virus after returning to Britain from Italy.

Prof. Chris Whitty, Chief Medical Adviser to the UK Government, said in a statement last night, as reported by the Mirror: “I am very sorry to report that a third patient in England who tested positive for COVID-19 has sadly died. I offer my sincere condolences to their family and friends and ask that their privacy is respected.

“The patient, who was being treated at the North Manchester General Hospital, was over 60 years old and had significant underlying health conditions.

“They had recently travelled from an affected area. Contact tracing is already underway.”

An 83-year-old man and a woman in her 70s have also succumbed to the deadly bug.

It comes amid reports that volunteers are to be injected with strains of coronavirus in a new experiment to try and find a vaccine.

Medical company Hvivo is reportedly enlisting brave volunteers to be infected with mild strains of coronavirus in an east London hospital.

As originally reported in The Times, the move is part of a “race against time” to try and find a cure and vaccine against the killer virus.

The participants will reportedly be paid £3,500 each to participate in the daring tests, in which each participant will act as a human guinea pig and be isolated from friends and family for at least two weeks.