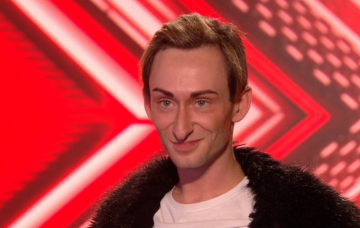 Former X Factor star George Windsor has said he was car-jacked by a gang of knife-wielding thugs.

The 23-year-old, who appeared on the ITV show in 2016, said he was viciously dragged out of the vehicle and threatened, leaving him traumatised.

He explained that he was returning home in a friend’s car from a recording studio session when the robbers targeted the pair parked in a remote spot.

Read more: Simon Cowell admits he lives in “constant fear” for his family

George told the Mirror Online that a man approached the vehicle and asked for a cigarette paper before suddenly reaching in and grabbing the keys.

The thug then tossed them to one of three other men surrounding the car.

George said: “He unlocked the car, grabbed me by the back of the neck and said ‘You can give me that phone or I’ll kill you’.

“He threw me out the car and smacked me on the back of the head to try to knock me out, then I saw this flash of a knife and that’s when I thought I can’t argue with these people, I need to back away, so I gave them my phone.”

George claimed that the gang then drove off in his friend’s car and tried to run them over as they fled the scene.

Police later recovered the vehicle and George’s phone but the singer has been left traumatised by the ordeal.

He said: “I’ve had horrible nightmares since, I’m thinking that people are going to come to my house, they took my bag with all my ID in and my keys and my phone.”

The former contestant got through to the six chair challenge on The X Factor two years ago after impressing the judges with his rendition of David Bowie’s Let’s Dance.

He got three yeses from the panel, although he failed to win over Simon Cowell.

Do you remember George’s audition? Leave us a comment on our Facebook page @EntertainmentDailyFix and let us know what you think!