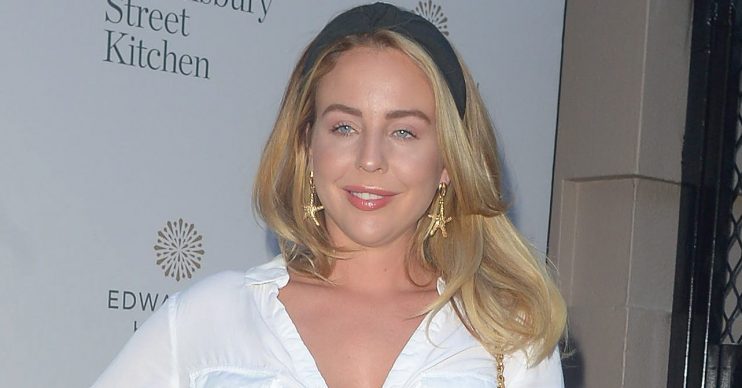 Former TOWIE star Lydia Bright has revealed that she is pregnant with her first child.

The 28-year-old reality star has revealed that she’s set to become a mother for the first time and says she can’t wait to welcome her child into the world.

However, pregnancy hasn’t been plain sailing for Lydia so far as she also revealed that she has her split from the baby’s father, boyfriend Lee Cronin.

Surprise! Yes, I’m having a baby 👶🏼 … I’m so excited. For the full story pick up a copy of @hellomag which is out on sale tomorrow with the full shoot and interview.

Lydia told Hello!: “It’s not the ideal situation. I waited quite a long time to try for a baby, waited until I thought it was perfect. I’ve always wanted the fairy tale. And it’s obviously not worked out exactly how I wanted.”

Focusing on the positives, Lydia says she believes the baby will be the “best thing” that’s ever happened to her and says she feels like it’s the “right time” to become a mother.

The slimline star also revealed that she is already feeling the pregnancy cravings, and admits her healthy diet has gone out the window since she fell pregnant.

She confessed: “I am such a healthy eater – but all I wanted was pasta, bread, things like that. Stodge. Constantly! And I now can’t eat chicken, eggs or milk – I can’t drink water because it makes me feel sick. I can only drink fizzy drinks. It’s so weird.”

Lydia also revealed that she isn’t into surprises and will definitely be finding out the tot’s sex prior to the birth.

So far, she says, everyone she’s told about her pregnancy thinks she’s having a baby girl because she’s “very girlie”.

Posting to her Instagram Stories after her news was revealed, Lydia said she was now in the process of getting her house ready for her baby.

Adding an image of a tape measure and some plans, Lydia said: “Monday morning meetings. Let’s get this house ready for my baby.”

Lydia’s celebrity friends were quick to congratulate the star on her happy news.

The mum to be replied: “Thank you darling.”

Lucy Mecklenburgh – who recently got engaged to Ryan Thomas – also said: “Yes my beautiful bestie is having a bubba! Ur gonna be the best mum ever! Love you yummy mummy.”

Send your messages of congratulations to Lydia on our Facebook page @EntertainmentDailyFix.