Former soap star Des Coleman has thanked fans for their support, after returning to work following a scary life-or-death battle with his health.

The actor-turned-weather-presenter, who starred in EastEnders for three years, was back presenting the ITV Central News forecast yesterday (Tuesday 5 February). 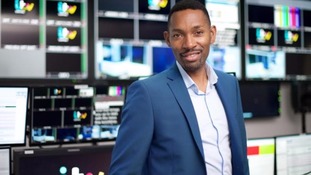 Des is back hosting the weather (Credit: ITV)

It's a triumph for the TV star, who spent two days on life-support in hospital last year, after collapsing at a service station vomiting blood.

In November, Des became very ill during a stop on a motorway.

After being driven home by a friend, he took a turn for the worse and was eventually rushed to hospital where professionals discovered he had a gastric tumour. 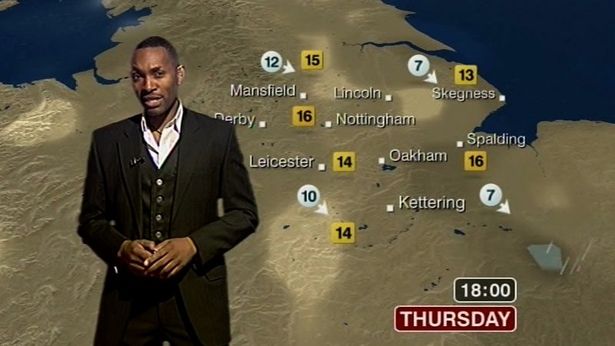 Des went from acting to presenting the weather (Credit: BBC)

Today, all I can do is say a big thank you to all of the doctors and nurses who looked after me.

After life-saving surgery to remove the tumour, he spent two days on life support and luckily pulled through - albeit with an eight-inch scar on his stomach.

Almost three months later, after plenty of rest at home, Des was able to return to his day job and thanked fans for their "overwhelming" support.

"Des wants to say a big thank you to everyone who sent him good wishes."

In an interview with ITV, Des revealed he was lucky to be alive, explaining: "I was in a Costa Coffee shop on the M40 near Oxford when I reached over to buy a coffee, keeled over and began vomiting blood.

"Like most men, I thought I would be OK and was saying things like 'stop fussing' and 'leave me alone'.

"But 20 hours later, an emergency ambulance was called. I had a bleeding of the stomach and needed emergency surgery; it was a scary situation."

As well as thanking his fans, Des thanked the hospital staff, adding: "Today, all I can do is say a big thank you to all of the doctors and nurses who looked after not just me but everyone else at Queen's Hospital in Burton." 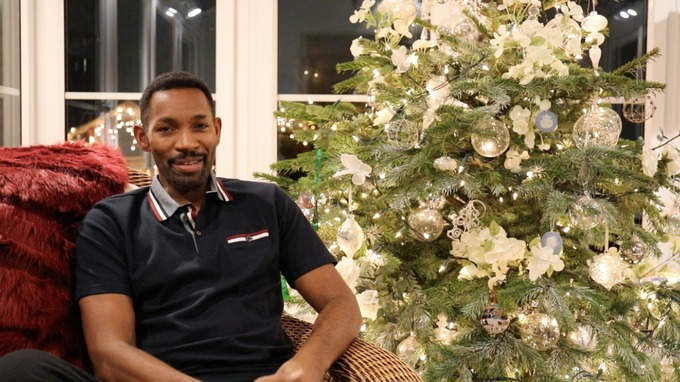 Des appeared in an interview on ITV during his recuperation (Credit: ITV)

He continued: "None of us pay enough in to the NHS compared with what you get back at a time like this.

"I am lucky to be in a position to be able to say 'thank you' to them all. No other company works round the clock like they do."

Des played Lenny Wallace in EastEnders from 1996 to 1999, and went on to star in Doctors, The Bill and Casualty, before becoming a reporter on The One Show and a weather presenter for the BBC and now ITV. 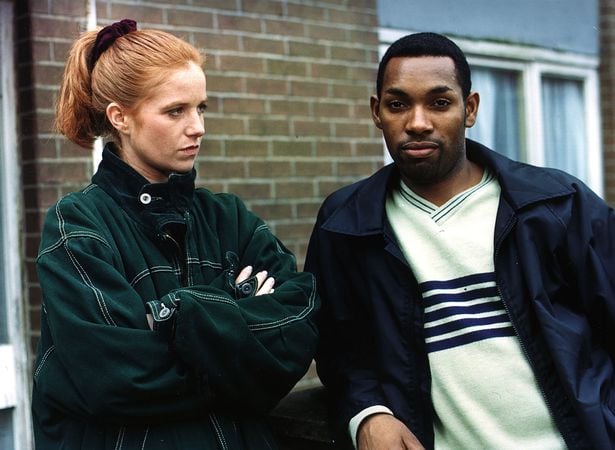 Do you remember Lenny and Bianca's fiery relationship? (Credit: BBC)

Lenny had an eye for the ladies, and one of his most notable storylines was his dogged pursuit of Bianca Jackson - even though she had a boyfriend.

Bianca and Lenny eventually had a one-night stand, which resulted in a pregnancy scare. When Bianca discovered she wasn't with child, she chose not to tell Ricky Butcher about her infidelity, and married him instead.

Lenny left Walford in July 1999 after being offered work in a West End night club.

Which EastEnders character would you most like to see return to Walford? Leave us a comment on our Facebook page @EntertainmentDailyFix and let us know what you think!