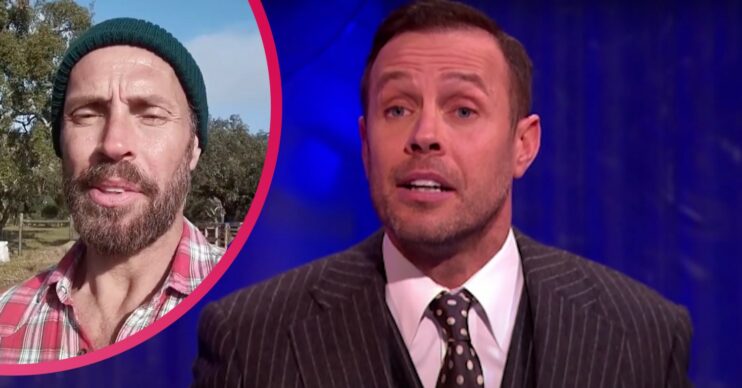 Former Dancing On Ice judge Jason Gardiner has embraced nature and lived in a tent following his telly fame.

Jason has reinvented himself from being ‘TV’s Mr Nasty’ to building eco houses for refugees, according to the Irish Mirror.

And that’s because the 49-year-old Aussie has ‘found a new life’ after turning his back on “toxic” celebrity culture.

What happened to Jason Gardiner after Dancing On Ice?

Jason quit DOI in August 2019, telling fans he wanted to focus on other projects.

Weeks earlier it was reported ITV bosses were ‘secretly’ trying to find a replacement judge for him.

And according to reports, that was because producers were worried contestants might claim to have been ‘bullied’ because of Jason’s criticisms.

Meanwhile, it seems Jason’s plans for a one-man show were hit by the coronavirus pandemic.

Jason told the newspaper his company was not eligible for Government support and he had to shut it down.

He struggled with his mental health in lockdown – but found inspiration after a neighbour suggested he help out on her allotment.

I have found a new life that isn’t about the toxic environment of the TV industry.

Jason told the Irish Mirror of his breakthrough: “The minute she took me there something happened. I don’t know what it was but I just got the excitement back in my life.”

He also revealed he woke at 6am every morning and would be doing jobs at the allotment until nine at night, seven days a week.

‘Becoming one with nature’

Choreographer Jason went on to find relief in the Portuguese countryside, living in a tent as he studied soil.

He has also spent time living a simpler life planting flowers, and has scavenged in skips for supplies.

Describing his new path as a “real life changing experience”, Jason also admitted he is glad to have realised how “toxic” his life had been.

He said: “I have found a new life that isn’t about the toxic environment of the TV industry. My tenure on Dancing On Ice was always marred with controversy and lots of issues but the problem is, I didn’t realise how toxic it was until I left.

“It took me a while to decompress from it, I’ll be honest.”