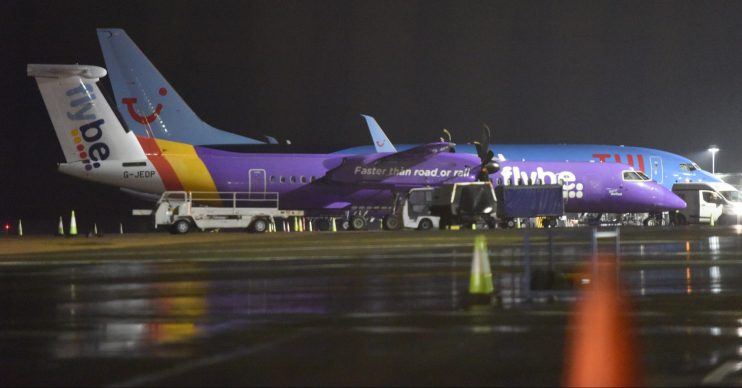 Thousands of jobs at risk

British airline Flybe has fallen into administration and advised customers not to come to airports.

As many as 2,000 jobs are at risk at the company, which partly blamed the ongoing coronavirus outbreak for its collapse.

Now, the Exeter-based airline is telling customers via it’s website “not travel to the airport” unless they have booked onto an alternative flight.

According to BBC News, Flybe chief executive Mark Anderson wrote in a letter to staff: “Despite every effort, we now have no alternative – having failed to find a feasible solution to allow us to keep trading.

“I am very sorry that we have not been able to secure the funding needed to continue to deliver our turnaround.”

He also said on Wednesday night (March 4 2020), according to The Sun: “Although I have only had the honour of being your CEO for eight months, it’s been an incredible privilege to lead such an amazing team of people and the FlyBe family.”

The newspaper reported that many passengers are stranded in the wrong city as a result of the collapse.

Gabriela, a biology student who was stranded in Birmingham when her flight to Aberdeen was cancelled, told the publication: “I’m stuck. It’s so stressful, I don’t know what to do.”

Despite every effort, we now have no alternative.

And BBC journalist Holly Hamilton, who was due to travel from Manchester with Flybe, told Twitter followers her flight was aborted right before take off – and members of the crew were “in tears”.

She tweeted: “Staff in tears. This is so grim. Plane is just really quiet.”

Staff in tears. This is so grim. Plane is just really quiet. #flybe

The company appears to be partly blaming the coronavirus outbreak for its collapse, with an insider telling the BBC the flu-like bug’s impact on the travel industry “made a bad situation much worse”.

It followed reports yesterday that the UK had seen the single biggest leap in coronavirus cases in a 24-hour period, with 34 new cases being identified.

As of Thursday morning, the UK total had risen further to 87. Brits are being advised to help prevent the spread of the deadly bug by washing their hands for as long as it takes to sing Happy Birthday twice.

Have you been affected by the Flybe collapse? Leave us a comment on our Facebook page @EntertainmentDailyFix and let us know.