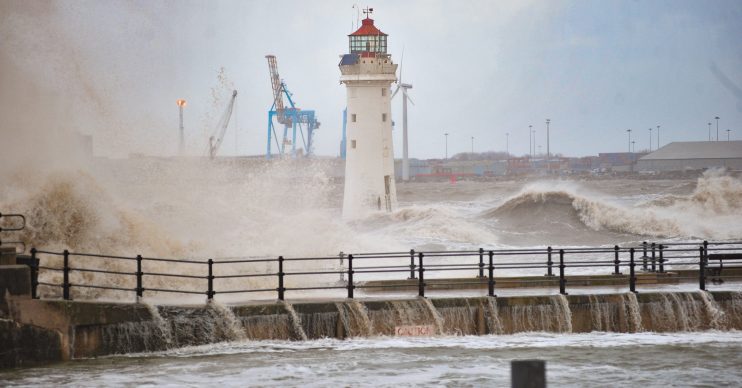 The third named storm of the year

Britain is set to be battered by winds as strong as 70mph as Storm Jorge hits this weekend and the turbulent weather continues.

The Met Office has warned that parts of Wales and the North of England could be drenched with between 60mm and 80mm of rain today (February 28 2020) as the third named storm of the month arrives.

For tomorrow, yellow weather warnings for strong winds are in place for large parts of England, Wales and Northern Ireland, with gales likely to hit 70mph along coastlines and up to 60mph further inland.

According to Paul Gundersen, chief meteorologist at the Met Office, more flooding is possible since rain will be falling on ground that is already saturated from previous showers.

This includes along parts of the River Severn, which faces the prospect of flooding until Sunday at the earliest, the Environment Agency has warned.

Paul said, as reported by The Sun: “This weekend we’ll see another named storm bring strong winds to parts of the UK with several wind and rain warnings in place.

“We have issued rain warnings for parts of Wales and northern England, where rain will be heaviest and we could see 60-80mm possible over the highest ground.”

We have issued rain warnings for parts of Wales and northern England.

As of Friday morning, the Environment Agency had one severe flood warning in place – which means there is a ‘danger to life – for the Severn at the Wharfage, Ironbridge

There were also 74 flood warnings in place, including for the River Aire at Gowdall and the River Trent at Collingham, along with 118 alerts.

Storm Jorge is expected to make its way across the UK’s northwest before mostly clearing up at some point on Saturday.

It follows Storm Ciara and the onslaught that followed with Storm Dennis, which saw a number of rivers, including the Trent and Wye, burst their banks. The latter reached 20 feet, which is the highest it’s hit since records began two centuries ago.