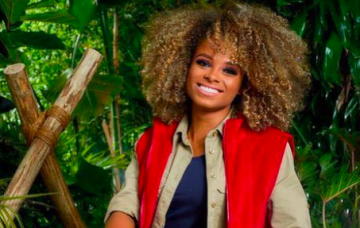 The X Factor star has gone to extremes to prepare

We all know how intense things can get during I’m A Celebrity… Get Me Out of Here! but one contestant is ready for anything.

Former X Factor star Fleur East has admitted to “starving” herself to prepare for the challenges of the Australian jungle.

The 31-year-old – who reached the finals of X Factor in 2014 – revealed in an interview with The Mirror: “I have been going on an intermittent fast this week to get my stomach ready for rations. I don’t want to go in there hangry.

“I have either been having breakfast and just water throughout the day, or no breakfast, a light lunch and dinner. I thought I was going a bit extreme but I met Medic Bob and he was advising we should be doing that to get our stomachs ready.”

Fleur added: “I would like to do something quite physical in the trials because I like to train and work out and stuff. I think that would be good for the group if I could bring back a lot of stars.”

The fearless star also admitted attending a course at London Zoo to conquer her spider phobia.

She added: “I’m going to eat this the slowest I’ve ever eaten it!”

On Saturday night, Fleur also uploaded a video telling fans it was her “last night at home before I fly to Australia to go to the jungle – which is still a crazy concept in my head. I can’t believe I’m actually doing it”.

She revealed that her family were coming over for the evening, ahead of “potentially four weeks of no contact at all, which is the longest I’ve ever spent away from my family”.

We are now officially at peak excitement for this series. And it sounds like Fleur is going to be a real contender for that jungle crown.

Which contestant are you rooting for? Leave us a comment on our Facebook page @EntertainmentDailyFix and let us know what you think.