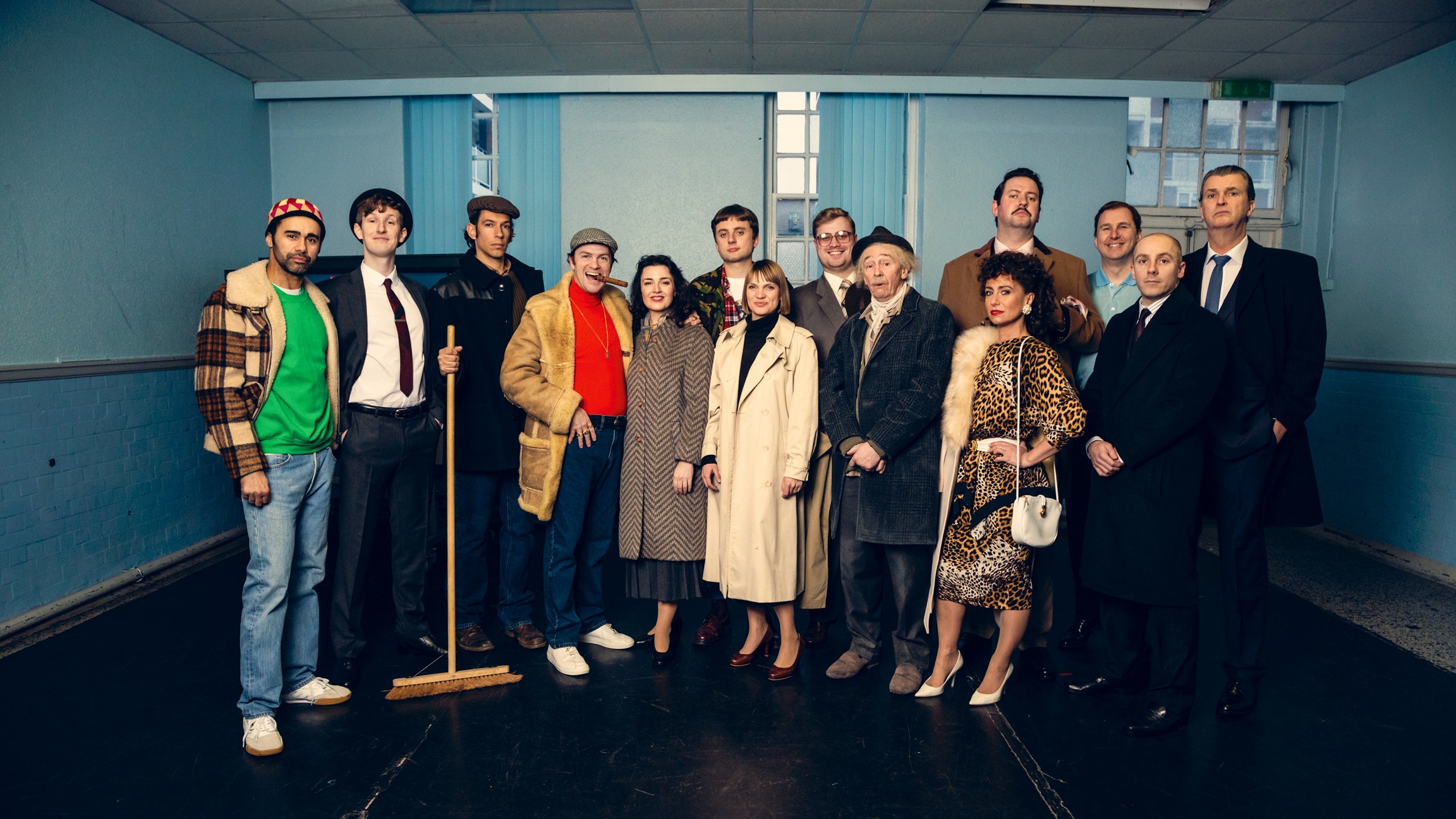 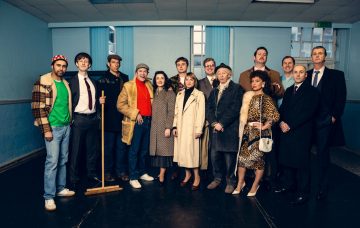 First pictures from Only Fools And Horses The Musical!

Comedian Paul Whitehouse grins as Grandad as he joins the cast of the musical version of Only Fools And Horses in the first photos of the ensemble.

The musical version of the beloved show was created to honour the legacy of writer John Sullivan, with songs from the late Chas Hodges.

John’s son Jim partnered with comedy writer Whitehouse to pen Only Fools And Horses The Musical and fulfil his father’s wishes for a stage production.

In the images, the cast pose in front of Del Boy’s yellow Reliant three-wheel van, newly emblazoned with the logo of the musical.

Paul wears a necktie and heavy coat while Tom Bennett appears as Del Boy and Ryan Hutton as Rodney – the roles made famous by Sir David Jason and Nicholas Lyndhurst in the BBC television series.

In another shot Paul, John, Ryan, Pippa Duffy and Oscar Conlon Morrey stand on stage at the Theatre Royal Haymarket where the production begins next month.

Jim explained that the musical came about after he found the bones of the story in his father’s notes.

He said: “My dad had been considering adapting the series to a musical for many years but sadly never got to fully commit to it.

“When we began developing the idea back in 2015 the first thing I did was to search my dad’s notes.

“I knew from talking with him that he wanted to base the story around the Dates episode, in which Del and Raquel first met, his personal favourite, and I found snippets of ideas he’d written down and a two-page opening scene.”

Finding a demo recorded for the musical by Chas & Dave cemented Sullivan’s resolve to stage it.

He added: “A few months later I was helping my mum clear out the garage (at the family home in Surrey) when I came across an old cassette tape with the words This Time Next Year written on it.

“We played the song and there was Chas & Dave (as Del and Rodney) belting out: ‘We’re gonna be alright, the good times are on their way.’

“Mum recalled that dad had gone to Chas’ studio back in the late 1990s to work on a song idea and this was obviously the result.

“So we had the beginning of an opening scene and what I felt would make a great and uplifting final song.

“Our job then was to fill in the middle bit.”

The show took five years to complete and features an original score which includes contributions from Hodges, who died in September.

Only Fools And Horses The Musical opens at the Theatre Royal Haymarket on February 9.