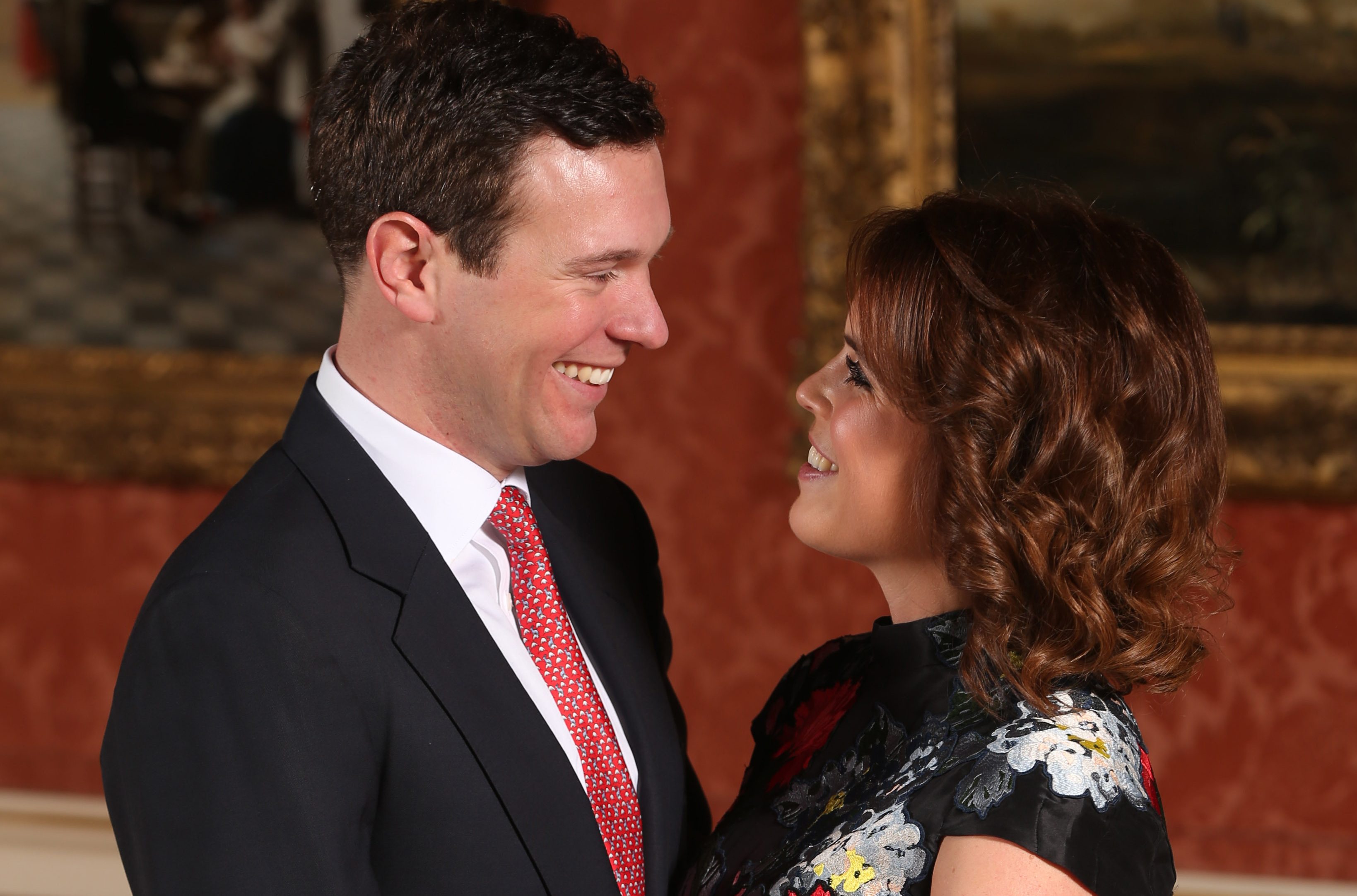 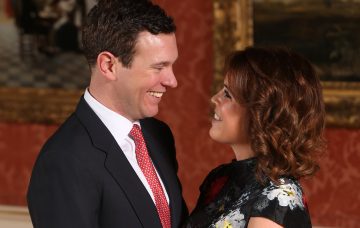 Check out that stunning engagement ring!

Princess Eugenie looks the picture of happiness as she poses for her official engagement photos with new fiancé Jack Brooksbank.

The couple posed for the images on Monday shortly after confirming they became engaged during a holiday in Nicaragua earlier this month.

Beaming with joy, Eugenie proudly showed off her sparkling new engagement ring while standing next to her husband-to-be in the Picture Gallery at Buckingham Palace.

Jack, 31, proposed to Eugenie, 27, with a padparadscha sapphire ring surrounded by diamonds.

The happy couple have been dating for around six years after being introduced by mutual friends while skiing at an exclusive Swiss resort.

They will marry at St George’s Chapel at Windsor Castle this autumn, although an exact date has yet to be announced.

It’s the same venue where Prince Harry will tie the knot with Meghan Markle in May.

Among those sending congratulations to the happy couple was Eugenie’s mother Sarah, the Duchess of York.

She tweeted: “Total joy! They float with laughter and love.”

A statement released by Buckingham Palace on Monday said: “The Duke and Duchess of York are delighted to announce the engagement of Princess Eugenie to Mr Jack Brooksbank.

Princess Eugenie’s happy engagement news came the day after she accompanied her grandmother, the Queen, to a church service in Sandringham.

Read more: Chanelle Hayes begs fans for help as she reveals painful sores on her face

The newly-engaged royal was seen walking with elder sister Princess Beatrice, 29, and their father, The Duke of York, to church on Sunday.

This will be the second royal wedding of 2018: Prince Harry and his fiancée, actress Meghan Markle, will marry at St. George’s Chapel on Saturday, May 19.