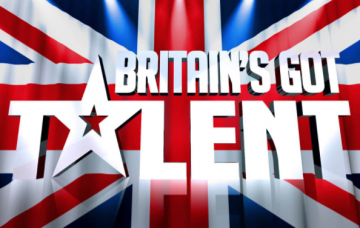 FIRST LOOK! New pictures of the return of Britain’s Got Talent

Britain’s Got Talent returns to ITV this evening but if you can’t wait that long we’ve got a sneak peek at tonight’s show!

In the opening episode, judges Simon Cowell, Amanda Holden, Alesha Dixon and David Walliams will see choirs, dancers, magicians, plus a few acts whose performances will be accompanied by a “don’t try this at home” message!

Here we take a look at some of them…

Sword-fighters will be one of the acts hoping to impress the judges in the opening episode of the 12th series.

We’re not sure Simon will be impressed with how this act ends but Alesha, David and Amanda find it hilarious!

Child acts have always done well on the show, could this be a star of the future?

This choir sing their hearts out in the hope of being put through to the live shows.

Another group of singers will also hope they hit all the right notes for the judges.

Hearts will be in mouths when this man takes to the stage.

Will this comedian make the judges laugh?

A magician enlists the help of David. Will his tricks be as impressive as those performed by 2016 winner Richard Jones?

Another act needs the help of the children’s book author who takes to the stage.

You’ll have to watch it to find out just what is happening here!

Could this young dance act be the next Diversity?

This performer is a modern day Houdini.

Will he make it out of the water tank in time?

This act hopes ripping his shirt open will make him memorable.

A bit more music for the audience with this brightly-dressed performer.

Could the eventual winner who’ll earn a spot on the Royal Variety Performance be seen in the first show?

You’ll have to tune in to find out which of the acts will make it through to the next round, and if any will become one of the judge’s golden buzzer acts!

Are you looking forward to the 12th series of BGT? Leave us a comment on our Facebook page @EntertainmentDailyFix and let us know what you think!