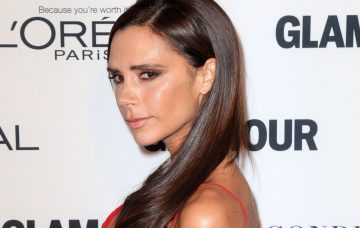 A special treat for her Mama

When your mum’s birthday falls at the same time as Mother’s Day, you’ve got to go all-out to impress.

Luckily, if you’re Victoria Beckham, the odds are you’ve got what it takes to get the job done!

This year Vic quite literally took the cake by providing her mum Jackie with a sweet creation that must have taken hours to make.

Vic took to Instagram to proudly show off the incredible cake, which features all 11 of Jackie’s grandchildren.

The cake is topped with Victoria’s parents, and features all 11 grandkids on the lower tiers.

Including one unfortunate soul in a red hoodie with a cast on their leg, and a pair of crutches nearby – presumably referencing an injured member of the clan.

Victoria then added another three images of the amazing cake, showing photos of the family around each layer.

It looks like Brooklyn is on the top left in the above image, wearing his beloved flat cap with a camera close by, representing his interest in photography.

And the figure in white could be Romeo, who is known to be a tennis enthusiast.

The cake was also decorated with prints of family photos, including one of Jackie on her wedding day.

You could spend hours staring at the cake, which is exactly what Victoria’s Instagram followers did, sharing their amazement at the culinary masterpiece.

One wrote: “So cool!” while another commented: “That is the best cake ever.”

Another protested: “You can’t eat the little family!!” 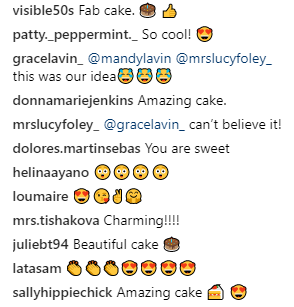 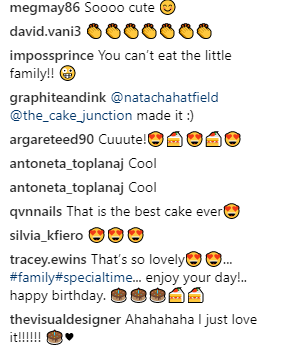 One fan remarked that the cake had been made by a company called The Cake Junction.

Whoever made it, we’re sure it went down an absolute storm with the various Beckhams and Adamses that got to have a slice.

What’s the best birthday cake you’ve ever received? Leave us a comment on our Facebook page @EntertainmentDailyFix and let us know!