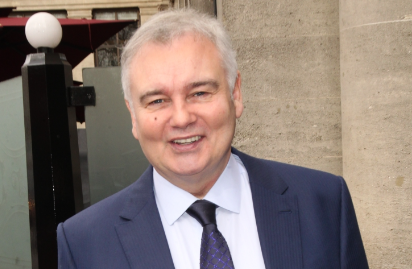 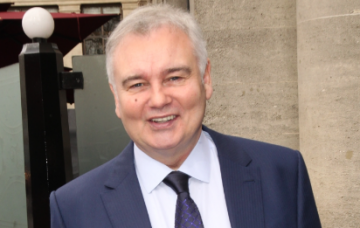 Eamonn Holmes has fans in stitches with outfit joke

Presenter has hit a purple patch

Whenever Eamonn Holmes is around, you know you’re guaranteed a good laugh.

And the legendary presenter was in fine form yesterday as he replied to an Instagram message posted by his talkRADIO co-star Saira Khan.

Eamonn, 58, commented on the outfits the two stars were wearing in Saira’s pic, comparing them to the blackcurrant drink Ribena.

The joke left fans of the pair cracking up, with one person describing Northern Irishman Eamonn as a “legend”.

Saira, 47, shared the picture of her and Eamonn grinning as a tribute to her workmate and his ability to raise spirits at the talkRADIO studio.

She gushed: “Thank you my friend @eamonnholmes for making me smile every day on @talkradiouk – it’s a joy to do this job.”

But rather than thank his colleague for her compliment, Eamonn decided to focus on the pair’s matching purple outfits – and to be fair, it was hard not to!

He quipped: “Do you think we look a bit like Ribena and Ribena Light?”

Read more: Eamonn Holmes tells rich teen to cheer up on This Morning

Cue a surge of messages from fans amused at the This Morning presenter’s observation.

One wrote: “@eamonnholmes always says what the rest of us are thinking #Ribena.”

And a third added: “@eamonnholmes is such a legend!”

It’s the second time in as many days that Eamonn has got fans roaring with laughter.

This Morning viewers chuckled yesterday when the presenter asked a formerly sex-addicted woman how often she likes to have nookie.

He said curtly: “Look, how many times a day? That’s what we’re asking you.”

One viewer chuckled: “I love Eamonn Holmes – like, straight to the point!”

We wouldn’t have him any other way…

What’s been your favourite Eamonn Holmes moment? Let us know on our Facebook page @EntertainmentDailyFix!