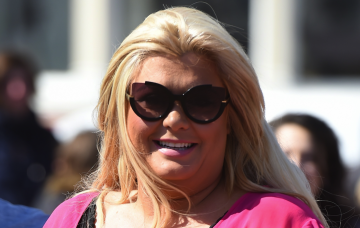 A special celebrity version of The Apprentice is reportedly going to be airing this year as part of Red Nose Day – the first time that’s happened since 2009.

Naturally, if that’s true, producers will want some big personalities to take part in the show – celebrities who are charismatic, funny, a bit brash… and a decent business sense would be handy, too.

And it’s been claimed that they’ve already approached someone who fits that bill perfectly – that’s right, Gemma Collins!

The Sun claims that BBC bosses are looking for ten celebs to compete in the special episode and Gemma, 37, is one of their main targets.

A source told the newspaper: “Producers only want one reality name on the show, and Gemma was the BBC’s top choice as they know she will bring the fun and humour element, as well as having a massive social-media influence to promote the show.”

But if you think boutique owner Gemma will be a match for Lord Sugar… well, she’s not so sure of that.

The Sun’s source claimed Gemma is a bit “scared” of Lord Sugar but is still considering the offer.

ED! has contacted Gemma’s rep and BBC for comment.

The last time the BBC did a celebrity special, back in 2009, Alan Carr, Jonathan Ross and Gok Wan were among the male contestants, with Patsy Palmer, Carol Vorderman and Ruby Wax competing in the women’s team.

Meanwhile, on last Sunday’s TOWIE, Gemma confessed that a gnat bite had left her with swollen lady bits, and admitted that she’d had to impose a sex ban on her fella, James ‘Arg’ Argent.

Chatting to her mate Bobby Norris, she said: “The other night, I got bit by a gnat on the private parts. It swelled up so bad, it was so embarrassing. It got bit everywhere.

“[Arg] is missing out on the candy. So hopefully it’ll go down soon. But apart from that, life is positive.”

Oh, how The Apprentice needs her…

Are you excited about the possibility of Celebrity Apprentice coming back? Leave us a comment on our Facebook page @EntertainmentDailyFix and let us know what you think!