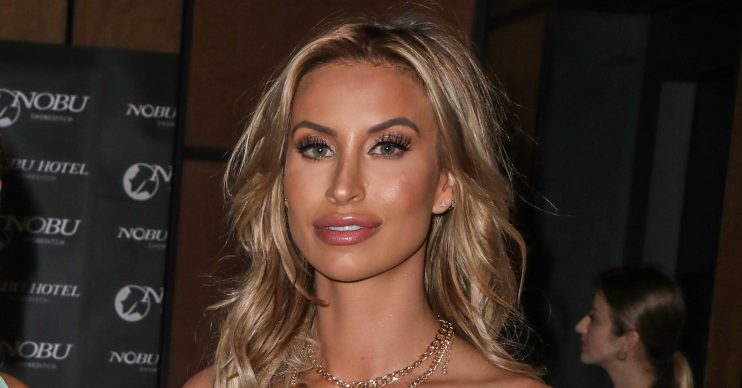 Ferne McCann has opened up about life as a single mum, admitting that it can get “really lonely sometimes”.

The First Time Mum star – who has been holidaying in Marbella with her pal Billie Faiers – dotes on her beautiful daughter Sunday.

Sunday’s father is Arthur Collins. He is currently in prison after being found guilty of carrying out an acid attack.

Ferne has been single since splitting from Arthur and says two years on from the horrific events, she is now ready to share her life with someone new.

The star told Closer: “Being a single parent can get really lonely sometimes. I’m still unattached but I am looking for love.”

After being linked to last year’s Love Island millionaire Charlie Brake, Ferne – who celebrates her 29th birthday today (August 6) – opened up about the type of man she’s looking for.

Form an orderly queue boys as the star wants someone who can make her laugh.

She said: “I just want to find someone who can make me laugh and call me beautiful at the same time. I’d also like to meet someone who’s happy to take the lead at times.”

Ferne also admitted that she would like to have more kids in the future and admits she feels “lonely” when 21-month-old Sunday stays over at her mum’s house.

She revealed: “I would absolutely love to have more children. I would never ever rule that out. I’m not sure how many more I would like exactly – it just depends where I’m at I guess.”

Ferne had previously revealed she had a flirtation at this year’s National TV Awards. She said: “We’ll just see what happens, where it goes.”

Let us know if you’re Ferne’s dream man over on our Facebook page @EntertainmentDailyFix!