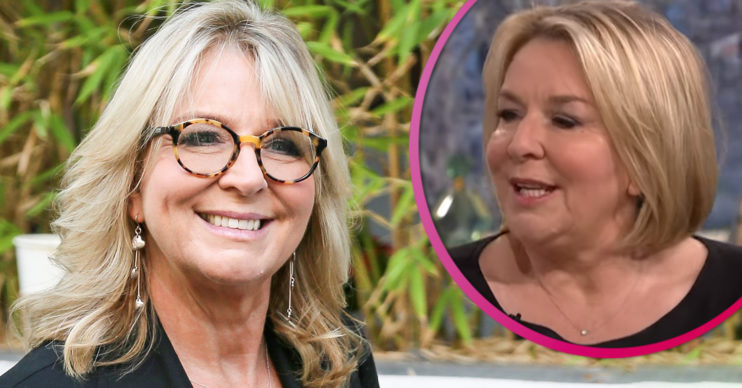 Fern Britton reveals the real reason she quit This Morning

Rumours claimed she left over being paid less than Phillip Schofield

It’s been over ten years since Fern Britton left the This Morning studio and the real reason why has emerged.

The 62-year-old has insisted she left after being ‘treated poorly’ – and not because she was paid less than co-star Phillip Schofield.

The rumour surfaced when she left the ITV show in 2009, yet Fern is keen to squash it.

Speaking on The Ray D’Arcy Show on RTÉ Radio 1, she said: “I began not to enjoy it so much and the morning I resigned, I didn’t know I was going to resign.

“Something happened and I thought, ‘That’s it really’ and I walked away and resigned.

“I was treated pretty poorly, actually. And after a while I just thought, ‘Sod it’.”

At the time there was gossip that Fern had quit because she was rumoured to be paid less than Phil.

She commented:  “There was also a persistent rumour that I left because Phillip was being paid more than me and I always say to people, ‘Why would I leave a show to go to nothing if I was worried about money?'”

I’m old fashioned enough not to question what other people are earning.

In an interview with Talk Radio, Fern insisted that she “didn’t know what Philip was earning”.

The 62-year-old said: “I knew that I was earning plenty for me and you have to know what is enough for yourself. I’m old fashioned enough not to question what other people are earning. I was very well looked after.”

Read more: Piers Morgan leaves the UK after finishing GMB for the summer

Last month, Fern claimed having to keep her gastric band surgery a secret had ‘ruffled feathers’ behind the scenes of the ITV daytime show. Initially, the presenter claimed that her body transformation was due to ‘lots of hard work’ as she slimmed down to a size 12.

However, the secrecy of her surgery set the wheels in motion for her shock departure.

Speaking on TalkRADIO, she said: “It was all gastric band-gate. It ruffled a few feathers. I think perhaps I became a bit of a liability to ITV. I really don’t know.

“But I know that the day I decided to leave – and I’m not going to get into this now – something happened that morning and I thought, ‘I’m done’ and ITV went, ‘Thanks very much, goodbye.”

What does Fern Britton do now?

After leaving This Morning in 2009, Fern settled back into home life with then-husband Phil Vickery and her four children.

Fern also spoke out about learning to be single during the coronavirus lockdown.

She said on Lorraine: “We separated at the beginning of the year and fortunately it’s all smooth. We just came to the end of the road, you know, which is sad.

“So, I’ve been adjusting to life as just me to think about, and my two daughters happen to be here because they got stuck in lockdown, happily for me.

“It’s a time for me to really adjust my existence, which on the one hand is really quite exciting, but you’ve also got to process it for a while.”