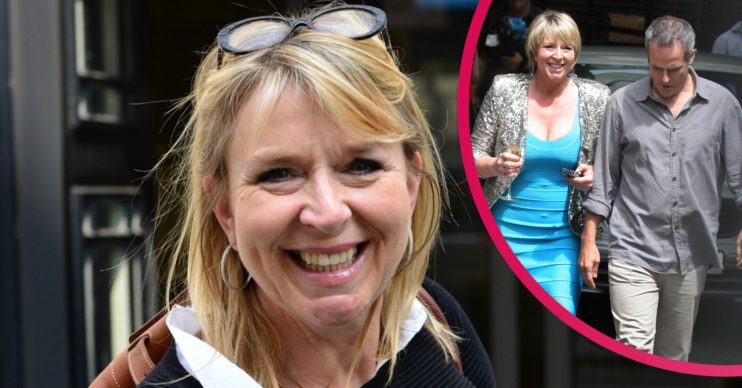 The former couple announced their seperation earlier this year

Fern Britton has enlisted the help of professionals to declutter “good and bad emotions” from her home, eight months after her split from Phil Vickery.

The former This Morning star, 63, revealed she “couldn’t face” certain items, but a “weight had been lifted” following the clear out.

The married couple split earlier this year after 20 years together.

What did Fern Britton say?

Taking to Twitter, Fern wrote: “I am having trouble opening packing cases that contain many items that bring back good/bad emotions.

“I found I couldn’t face it. But today, 2 incredible women, pro declutterers, have arrived to sort it all out. I feel as if a weight has been lifted. Xmas gift to myself.”

The well-loved TV star later revealed she was “exhausted” after the clear out.

Replying to a supportive fan comment, she wrote: “That’s v kind of you. I’m exhausted and have a head ache now.”

I am having trouble opening packing cases that contain many items that bring back good/bad emotions. I found I couldn’t face it. But today, 2 incredible women, pro declutterers, have arrived to sort it all out. I feel as if a weight has been lifted. Xmas gift to myself 🥰

Another follower also shared: “Good for you Fern! It’s amazing how much better it makes you feel. Putting these things off always weighs heavy. Be good to yourself and thank you for your words on here.”

The declutter comes weeks after Fern sent out a series of cryptic tweets online.

In one, the presenter sparked attention after declaring it was “easier to forgive your enemies than your friends”.

While in another, Fern hinted that she felt “betrayed”.

She retweeted a quote from Georgina Belcher and said: “Thank you for posting this @georginabelcher. Whoever wrote this KNOWS!”

Georgina’s initial post read: “In life, you will fall out with people that you never thought you would.

What happened between Fern and Phil?

Fern and TV chef Phil, 59 announced their split at the beginning of the year.

The former couple had met on the set of This Morning in the 90s.

Opening up on their split, Fern told Weekend magazine: “I took a long time to make my decision yet I have faith that its going to be alright. Now I’m looking forward to the last third of my adult life.

“An uncertain future doesn’t panic me. I feel liberated. I’m turning into a recluse and I’m loving it.”

She now lives in Cornwall with her daughters – Grace from her first marriage, and 18-year-old Winnie, who she had with Phil.