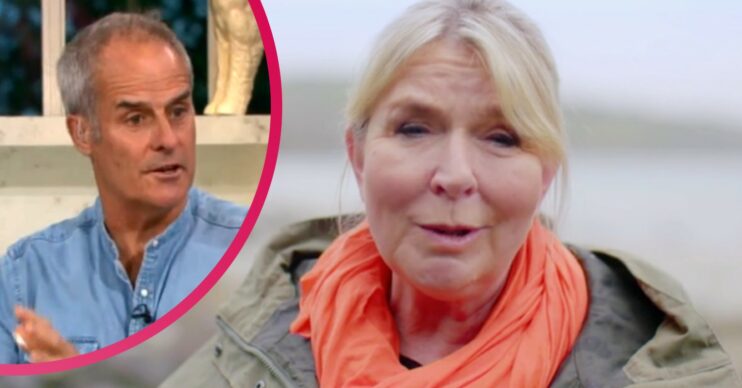 Despite their sad separation, the former This Morning has fell in love with the north coast and appears happier than ever.

However, Fern previously admitted to facing a “tough time” following the split in 2020.

What did Fern Britton say about husband Phil?

Fern admitted to the Mirror: “I’ve had a bad two of three years. Both of my parents died, my beloved cat died and, unfortunately, my marriage died.

Read more: Phillip Schofield reveals Fern Britton failed to get in touch when he came out as gay

Fern said her close friends cheered her up and helped her unpack her things after she moved to Cornwall.

They sorted out all of the boxed left over from her marriage split, even labelling some “sex toys” to make the presenter laugh.

Fern said she “could not face unpacking it all” and admitted her pals came round to help her clear her garage out.

Why did Fern and Phil split?

Fern met Phil while hosting Ready Steady Cook in 1999. They married the following year and welcomed Winnie in 2001.

They also appeared together on This Morning, with Fern actings as host for a decade from 1999 and Phil joining as resident chef in 2006.

However, Fern admitted the couple “grew apart” following the death of her mum and dad.

She said: “My mum died and my father died and unfortunately Phil and I fell apart.”

Fern has also said: “We had a wonderful time. We were the best of friends. And I miss that friendship.

“But there comes a point when the children are substantially off your hands and you look at each other and wonder where you’re going to go from here.”

Fern appears on My Cornwall for Channel 5.