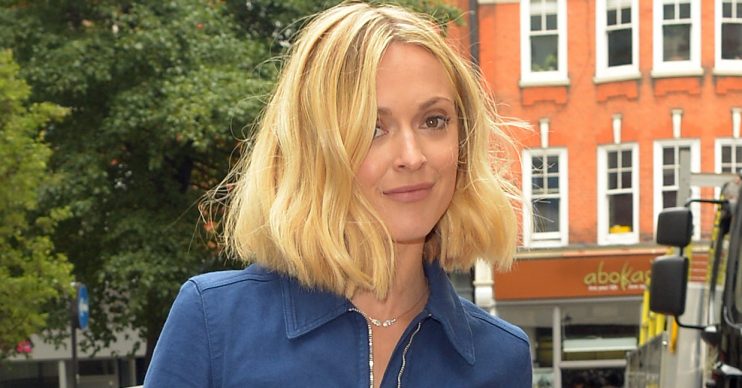 It was brought on by impostor syndrome

Presenter Fearne Cotton has opened up about her decade-long battle with bulimia and how it “ruled everything” in her 20s.

The TV and radio star, 38, said the eating disorder was “intense” but, at the time, “felt like a release”.

During a chat on the podcast How To Fail, the former Celebrity Juice host explained: “It felt like a release, like every worry, every problem, thought, was just gone. It was like a little bit of euphoria afterwards.

Fearne Cotton blazed the trail for podcasts like mine. When she launched Happy Place in March 2018, it went straight to the top of the iTunes chart and has seemingly stayed there ever since. It has done so much to bring discussions about mental health into the mainstream, partly because Fearne has also been honest about her own experiences with panic attacks and anxiety. When I started How To Fail in July 2018, I always knew Fearne would be top of my list of dream guests. A few months later, we ended up sitting next to each other at the British Podcast Awards (spoiler alert: neither of us won but embarrassingly, we both presented awards to other winners) and having a good old natter and then I was sent to interview her for @youmagazine and we got on so well that we hatched the idea of doing each other's podcasts and now HERE WE ARE. What makes Fearne so special is not just her impressive broadcasting career or her bestselling books. No, it's that she is unafraid to be honest. She believes, as I do, that true strength comes from true vulnerability. Fearne joins me to talk about failing most of her GCSEs, a failed engagement and, in one of the most powerful passages of any interview I've ever had the privilege of doing, about her failure to be herself in her 20s and how she lived with an eating disorder for years – and how she recovered. This is the first time she has ever spoken about it, and I am so grateful that Fearne felt this was a safe enough space to bare her beautiful soul. Thank you, Fearne. Your words and your courage will help a great many people. Also thanks for carrying on recording despite taking 587 deliveries while this interview was happening. Listen wherever you get your podcasts. Link in bio! ——————————————————— This season of How To Fail With Elizabeth Day is sponsored by @sweatybetty who are offering all listeners 20% full-price items with the code HOWTOFAIL at checkout. ——————————————————— #howtofail #howtofailwithelizabethday #writersofinstagram #fearnecotton #mentalhealth #podcast #interview #failure #success #wednesdaywisdom #inspo #eatingdisorderrecovery #sweatybetty #discountcodes #happyplace

“Of course, it wasn’t. I want to be very clear about that.

“It took quite a while, physically, to kind of move on from that. But mentally, a very long time.”

She explained how the condition was brought on by impostor syndrome, during her time as a Radio 1 DJ and presenter on Top of the Pops, as she never felt “smart enough” or “good enough” at her job.

Fearne explained that the main way her stress manifested itself was as “a disordered ­relationship with my body and food for 10 years”.

It took quite a while, physically, to kind of move on.

“I’m still worried now about what people are going to think when I share this side of myself.”

Speaking further, Fearne said she’s since been “very studious” when it comes to food and her eating habits, as well as how she cooks and talks about food.

Fearne has previously spoken about her struggles with poor mental health.

During an appearance on Lorraine earlier this year, the DJ and podcaster elaborated on her experiences with anxiety.

She told host Lorraine Kelly: “I still get [panic attacks] all the time. That’s still something I’m trying to combat and find help for. But what I’ve learned from talking about these subjects is that so many people are going through it and so many people want to have that connection with somebody else who has also experienced it.”

What do you think of Fearne’s story? Leave us a comment on our Facebook page @EntertainmentDailyFix and let us know.