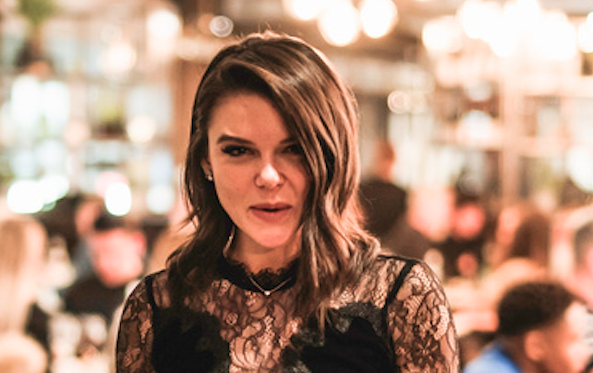 Her ex Gareth Gates apparently confronted her about the trainer

Former soap star Faye Brookes has appeared to confirm her romance with a personal trainer after being snapped together in Manchester, according to a report.

Faye, 32, and Joe Davies wore matching leather jacket looks as they walked to a charity quiz at the city’s Hard Rock Cafe yesterday.

In photos obtained by The Sun, ex Corrie fave Faye was also dressed up in a plaid mini dress, black tights and boots for the occasion.

Faye – whose seven-year relationship with Gareth Gates ended in August – has previously denied she and Joe are seeing each other.

#worldmentalhealthday • • • Stay strong your story isn’t over yet…

The tabloid also claims Faye is a regular at Joe’s fitness classes and has been seen at “a number” of events with him.

Indeed, the Kate Connor actress and Joe posed for photos together at the press night for the White Christmas musical last month.

ED! has approached a representative for Faye for comment.

Earlier this year The Sun was told by an unnamed source that Gareth was upset by claims Faye had grown close to the trainer.

“Let your soul glow” • • • Glowing inside and out all thanks to @doctora.aesthetics @harlowmedispa and a huge thank you to my Glam Squad last night who made me feel like a goddess @artisteuk @thomasdavidhope @go_pr_and_events #makeupbyjaydeneatartiste #glam #girly #white #glow #happy #cute #lashes #makeup #girlsnightout #champagne #dance #love #life #me

“Poor Gareth [was] absolutely heartbroken,” they are reported to have said.

“He’s in pieces. Towards the end of their relationship, Faye started having mysterious late-night gym sessions and saying she was out with new gym pals.

“About five weeks ago they had a blazing row, and Gareth confronted Faye about Joe. He felt something wasn’t right, though she insisted they were friends.”

In October it was reported Gareth had put the split behind him on night out with mystery brunette.