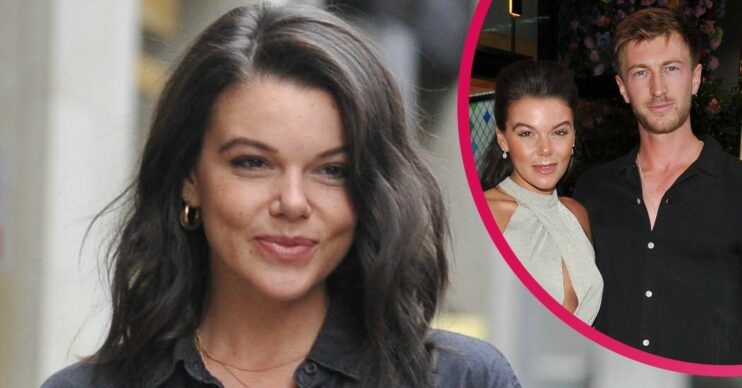 Faye Brookes has sparked marriage rumours after posing in a white dress on social media.

But have the pair taken their relationship to the next level?

Taking to social media yesterday (December 20), Faye shared a loved-up photo of herself and Joe on her profile.

The actress looked incredible as she modelled a stunning white gown in the shot.

The strapless dress featured a lace body and a flowing skirt.

Read more: Faye Brookes on Dancing on Ice: Why did the former Corrie star split from Gareth Gates?

Faye captioned the post: “Counting down the days to another magical Christmas with this one…”

However, it didn’t take long for fans to comment on the wedding resemblance.

One wrote: “I thought you had got married there!!”

“Married??? I seen rings??,” a third speculated, while a fourth shared: “This could actually be your wedding!!!!”

Alongside a ring emoji, a sixth posted: “Fingers crossed for a…”

ED! has contacted Faye’s representative for comment on this story.

The pair are yet to announce an engagement.

Their relationship followed shortly after Faye’s engagement to singer Gareth, with the pair previously dating for seven years.

Earlier this year, Faye revealed that she hopes to return to Corrie one day.

Kate decided to go travelling shortly after the death of fiancée Rana Habeeb.

“I went travelling. I don’t know where I am.”

She continued: “As any of us always say, it really is the best thing you’ll ever do and hopefully I’ll get to go back one day.”

The actress also took part in Dancing On Ice earlier this year.