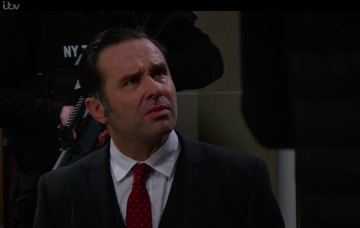 Has he just dropped himself RIGHT in it?

Graham Foster turned Mr FixIt in last night’s Emmerdale as he tried to cover up the mess left by Ross shooting Debbie.

Ross and Joe rushed Debbie to hospital, while Graham set about sorting things out.

First, he confronted drug-dealing pimp Connor and pulled out some of his hair.

Then he headed back to Home Farm and started trashing the place – to make it look as though there had been a burglary.

And he sprinkled some of Connor’s hair around as ‘evidence’, setting up the scene to frame Connor for the shooting.

As the armed police burst in, Graham casually sauntered in and put in the performance of his life as he played the startled resident.

“What’s going on?” he gasped, putting his hands up.

And that’s when eagle-eyed viewers spotted he’d left a spot of blood on his shirt.

Read more: Emmerdale viewers have a surprising reaction to Debbie being shot

“Graham with blood on his sleeve might not end well,” one fan pointed out.

“Is that Debbie’s blood?” asked another.

“If that’s Debbie’s blood on Graham’s shirt he’s going to be in big big trouble,” said another. 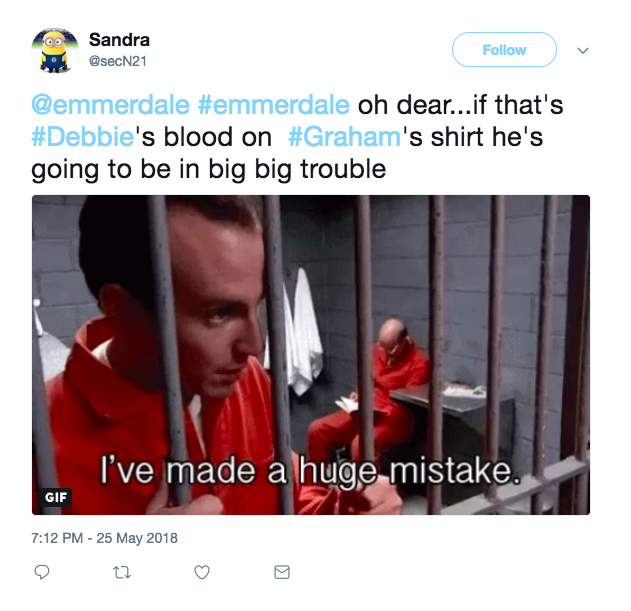 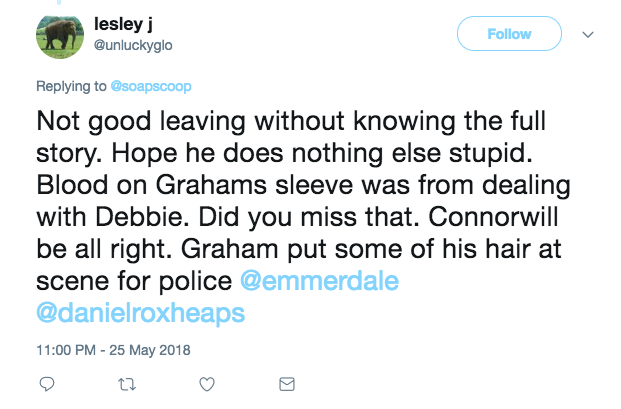 “Blood on Graham’s sleeve was from dealing with Debbie,” said another fan, though another thought the blood might have been Connor’s.

So has Graham done enough to cover Ross’s tracks, and frame Connor at the same time? Or has he managed to drop himself RIGHT in it?

What do you think could happen next? Let us know by commenting on our Facebook page @EntertainmentDailyFix!