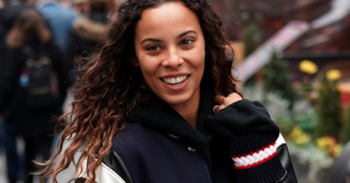 You can tell they're related!

Instagram followers of Rochelle Humes couldn’t believe their eyes after the presenter posed with her siblings on social media.

The 29-year-old shared the snap of herself with sisters Sophie and Lili ahead of a week of celebrations marking her 30th birthday.

The mum-of-two kicked off the festivities with friends this past weekend, offering a glimpse of a birthday pudding and of her sipping a cocktail in her Instagram Stories.

But it was the close resemblance between her and her sisters that amazed social media onlookers, with some speculating they may be triplets.

“Sisters or triplets?” asked a fan in the comments section.

Another asked: “Are you a triplet???”

“Can’t even tell which one is you,” remarked a third.

And another commenter concluded: “I actually thought they all were you at younger stages in your life! Wow never seen sisters look alike so much!”

While Rochelle’s actual birthday is later this week, today is that of hubby Marvin. He has turned 34.

She posted a sweet picture tribute to him earlier this morning, showing him opening presents in bed.

Rochelle wrote by the image: “I could write a caption longer than Shakespeare but it’s simple really. You are the centre of our world and we adore you. End of.”