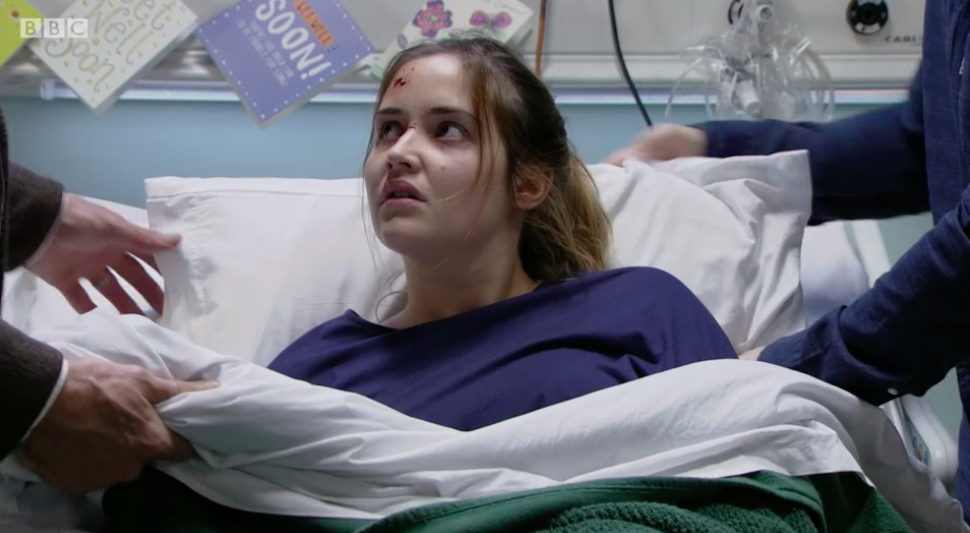 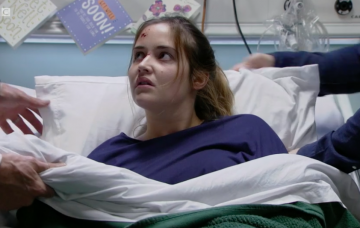 Where have all those cards come from?

Fans of EastEnders were left scratching their heads during last night’s episode as Lauren Branning appeared to have received more than a few Get Well cards during her time in hospital.

As we all know by now Lauren – along with little sister Abi – took a tumble from the roof of the Queen Vic pub on Christmas Day and is currently recuperating in Walford General.

But what baffled viewers was the fact the mum-of-one had so many cards when no one had really been to see her or Abi since their horrific accident.

It’s been an on-going joke among fans on Twitter that no one in Albert Square has really cared that the girls almost died after their horror fall.

Lauren’s boyfriend, Josh, didn’t make an appearance at the hospital until New Year’s Eve, for a start.

In fact all their friends and family – apart from dad Max – were seen partying away at the Vic on New Year’s Eve while the girls fought for their lives.

It’s also been noted that even their mum, Tanya, hasn’t been keeping vigil at their bedside and hasn’t even been to see her newly-born granddaughter who was delivered in Friday’s episode.

Lauren and Abi’s accident wasn’t even mentioned by anyone other than Max until Monday’s episode when their Uncle Jack finally acknowledged their accident.

So who did send the cards to Lauren? It’s a New Year’s mystery.

“Who the [expletive] wrote the Get Well soon cards because no one has mentioned Lauren at all,” pointed out one observant fan.

While another added: “Who are all Lauren’s get well cards from? None of the square gives a toss.”

Another asked: “Who’s sent Lauren all them cards? She’s not got that many friends.”

And a fourth pondered where the cards would actually come from: “Considering Honey hasn’t opened the mini mart since Christmas Eve I have no idea where they bought them as they never shop anywhere else!!!” 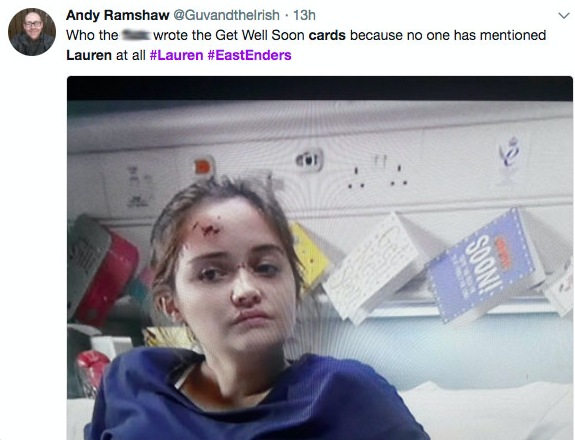 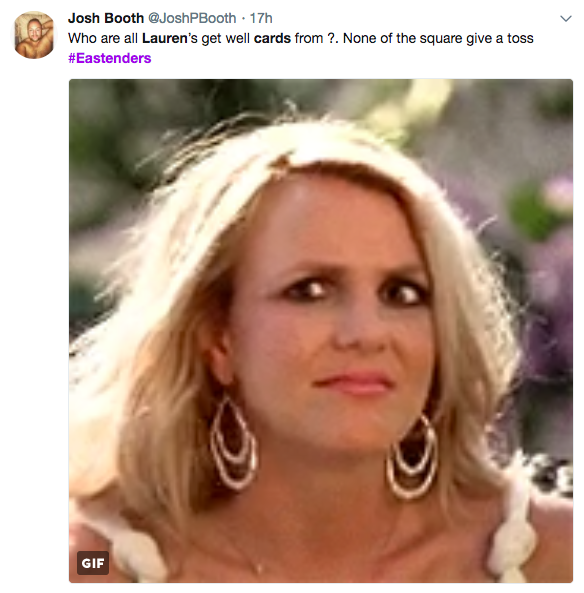 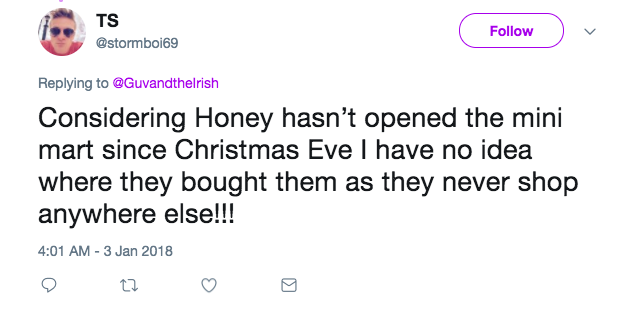 Last night Lauren, played by Jacqueline Jossa, was seen taking her first steps after having emergency surgery on her spine following the horror fall.

She also asked a nurse to pay Abi a visit, where she discovered that Max had lied to her about her sister’s condition.

To keep Lauren’s spirits up, Max had told his eldest daughter that Abi was making a recovery, but the truth is she’s been declared brain stem dead and has no chance of recovery.

Read more: EastEnders fans in hysterics over new character’s unusual use for a tampon

Lauren was heartbroken to discover the truth and slapped Max for lying to her.