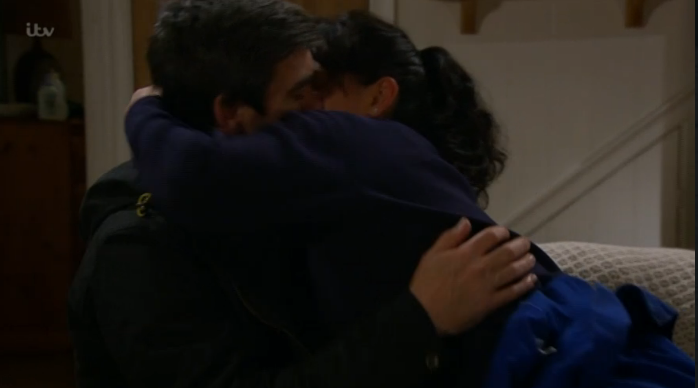 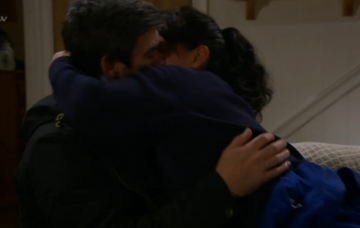 It's about bloomin' time...

The moment Emmerdale fans have been waiting for finally arrived tonight, as Cain and Moira shared a passionate kiss!

The popular pair have been apart for over a year, after Moira ditched Cain over his treatment of her daughter Holly.

Of course, the couple did reunite briefly – resulting in Moira’s shock pregnancy. But ever since the birth of the pair’s baby son Isaac, viewers have been desperate for Coira to get back together properly.

So when the two of them finally got it on in tonight’s episode, enjoying a steamy romp on Moira’s sofa, the soap’s fans went mad for it!

They took to social media to share their delight that their fave Dales couple were finally back together.

Cain & Moira 😍 meant to be! @emmerdale

Yes!!!! Cain and Moira together after so long, back into each other's arms where they belong. So happy for all #Coira fans❤❤ #Emmerdale pic.twitter.com/e9LSFXEfyd

Yay! @emmerdale Thank you so much for the ending in tonight’s episode… im@now hoping that it’s the start of Cain & Moira, Take 2 x

The moment of passion followed Moria’s shock confession to Ross and Pete that she was the one who killed their mother, Emma.

However, after much soul-searching, the Barton brothers finally decided not to turn Moira over to the police – for the sake of Isaac. And of course, Cain was the first person Moira turned to with the good news.

It didn’t take long for the couple to fall back into each other’s arms – and judging by the red-hot scene, we’d say Coira are definitely back on!

But the big question is, where does this leave Cain’s current girlfriend Harriet?