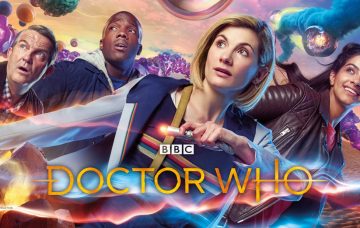 It's been moved to New Year's Eve instead

It’s been a vital part of our Christmas Day for a decade, but this year there will be no Doctor Who to pass out in front of, post-turkey.

Despite getting rave reviews for their brand new Doctor, played for the first time by a woman, Jodie Whittaker, reports say the BBC have cancelled its usual special episode.

Bosses have apparently “run out” of Christmas storylines, according to The Mirror, whose source adds: “BBC bosses have already made the bold move of shifting the entire series from Saturday to Sunday nights so they won’t be scared about moving the festive special from Christmas.”

It followed writer Steven Moffat admitting: “I sort of think we might have mined, and possibly over mined, every single thing we could about Christmas in Doctor Who and the last time we more or less ignored it.”

In the wilds of a far-flung galaxy ✨ #DoctorWho

Fans were devastated, with one tweeting: “Christmas is cancelled”. Another complained: “Awesome new doctor and no Christmas special? What a wasted opportunity! 😕”.

A third joked: “If there’s no Doctor Who episode does Christmas even happen?”

There will reportedly still be a special episode, but it’s been “bumped” to New Year’s Day – a move that’s been blasted by fans of Jodie and her three new companions played by Tosin Cole, Mandip Gill and presenter Bradley Walsh.

One angry fan tweeted: “THEY MOVED IT TO NEW YEAR’S DAY, the day where most people make specific efforts to be away from the house… I will not be surprised if that episode has the least live views of all new Who”.

Another added: “Noooooo I don’t care about New Year’s whatsoever! Christmas is my favourite day of the year.”

No Doctor Who Christmas Special pic.twitter.com/BrHLAivucg

Others tried to be positive about the decision, pointing out: “It’s hard to hear Doctor Who over the voices of well-meaning but annoying relatives asking questions, so you inevitably end up watching it alone later that evening on iPlayer anyway. New Year’s might be a better slot.”

Another viewer added: “At least there still IS an episode come holiday time.”

The cast and production have recently been at Comic Con in San Diego, where Jodie, 36, has spoken about her childhood heroes, naming Jennifer Connelly in Labyrinth.

Writer Chris Chibnall also spoke about the New Year’s episode, joking: “We seem to be filming 11 episodes. And it’s only a series of 10.

“I would definitely think there’s another episode after the end of the series.”

Doctor Who continues Sunday at 7pm on BBC One. So let’s all just eat turkey and pull crackers then, shall we?

Are you sad you won’t get your Doctor visit on Christmas Day? Leave us a comment on our Facebook page @EntertainmentDailyFix and let us know what you think.