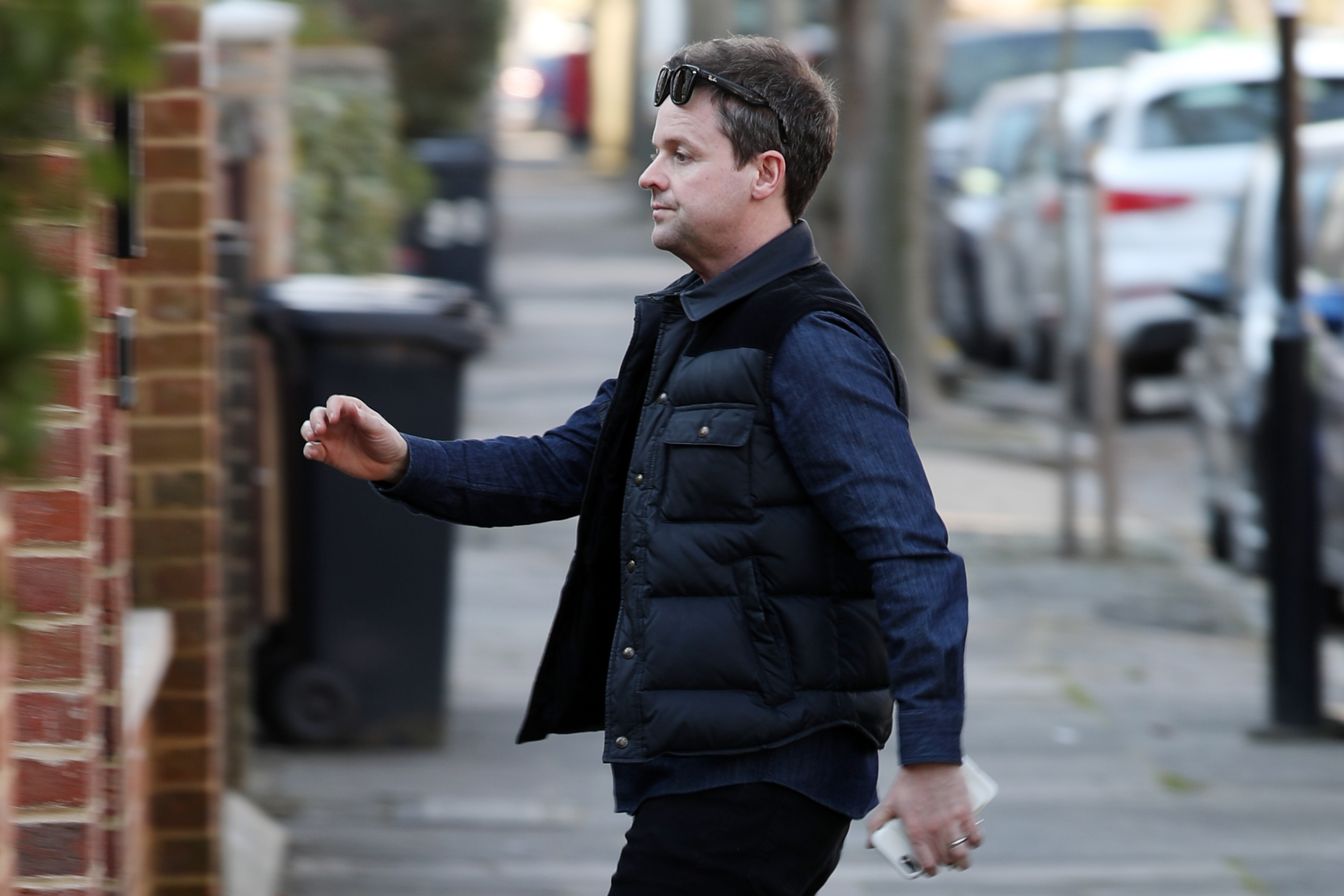 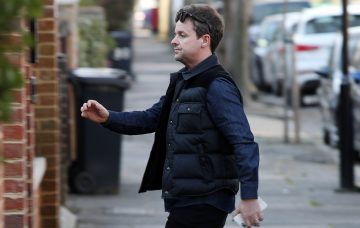 Fans rally round Declan Donnelly after his difficult decision

It's been such a tough week

Fans of Saturday Night Takeaway have bombarded presenter Declan Donnelly with supportive messages after he decided to go ahead and present the show on his own.

With the news this week that Dec’s co-star Ant McPartlin had been arrested and charged with drink driving, there was doubt that Saturday Night Takeaway would go ahead.

Although tonight’s episode of the programme has been cancelled, it has now been confirmed that Dec WILL present the final two shows alone.

Dec took to social media to announce his news.

“Whilst I never thought I’d be in this position, after much discussion and careful consideration we’ve decided that the remaining two shows of this series of Saturday Night Takeaway will go ahead,”

Read more: Which Strictly star is giving up dancing for good? 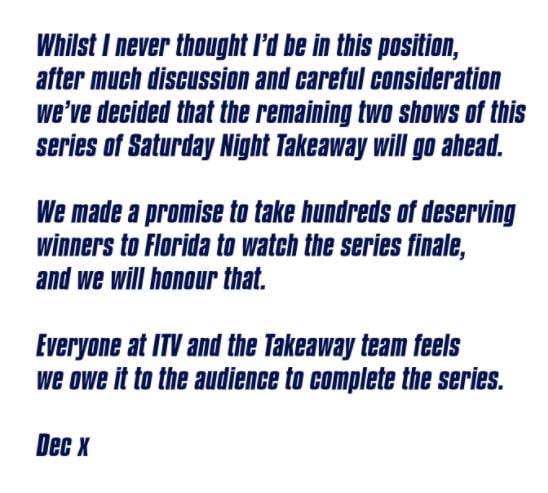 And fans couldn’t have been more supportive about his news.

“Doing it alone does not mean you are alone,” wrote one fan. “Millions of loving viewers are sending love and support.” 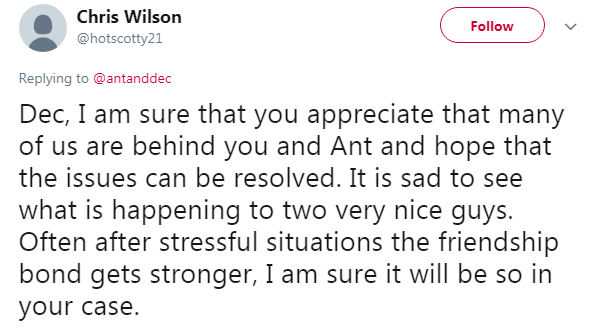 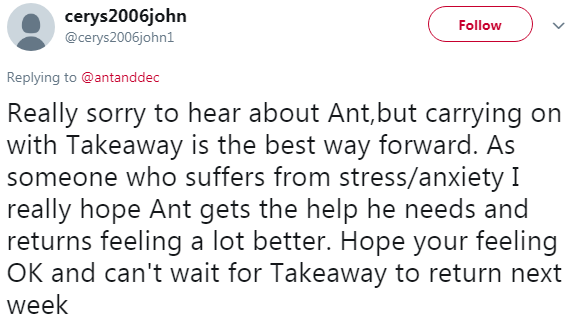 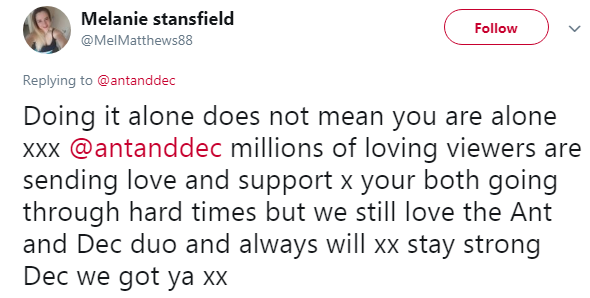 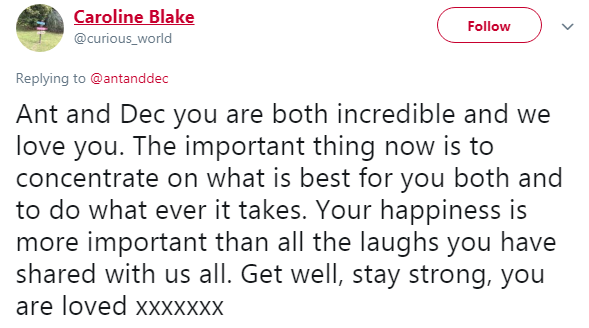 Read more: Chris Kamara has viewers in hysterics with his Sport Relief stint

Ant’s publicist also confirmed that the 42 year old he would be taking time off for further treatment.

A statement from Ant & Dec: “Ant has decided to go back into treatment and step down from his current TV commitments. He has spoken with Dec and ITV today and asked for time off for the foreseeable future. As such ‘Saturday Night Takeaway’ will not be going ahead this Saturday.” 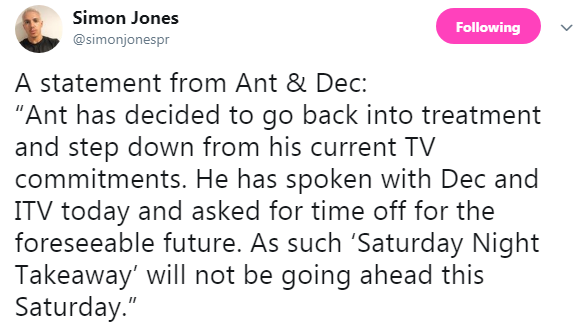 What do you think of Dec’s decision? Let us know by commenting on our Facebook page @EntertainmentDailyFix!