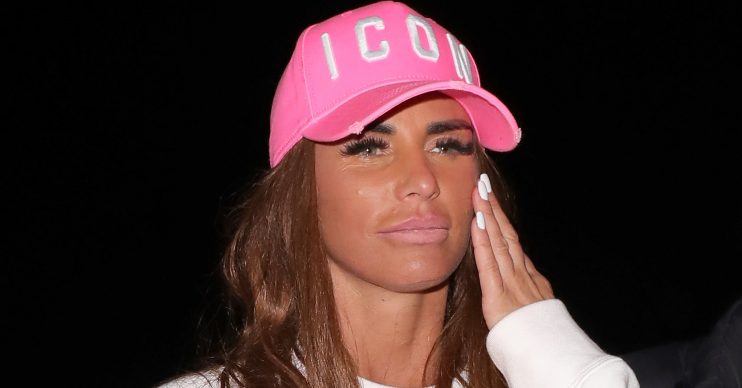 Fans have labelled Katie Price ‘desperate’ after the cash-strapped model and broadcaster launched her own make-up classes at £80 a time despite not ‘doing her own make-up’.

Read more: Katie Prices teases fans with ‘shock’ news that has made her smile

Via a video on the social media site, she told followers that from next year she would be ‘travelling up and down the country’.

“And also my theatre shows again so I’ll be uploading all the dates and all the times,” she also said.

“So make sure you’re there because we’ll have some Pricey fun.”

She captioned the video with a link for fans to follow and book tickets.

And it wasn’t long before some took umbrage at the make-up tour.

But you don’t even do your own make-up!!

Finally, someone asked brutally: “Why would ppl take makeup advice from someone who puts it on with a trowel.”

Read more: Katie Price throws her hat into the ring and reveals she would LOVE present Love Island

A day after she was declared bankrupt, she split from fiancé Kris Boyson.

But at least the year ended with some good news when her conviction for drink driving was reduced after appeal.

She also revealed that she had signed a six-figure deal for a new series of her My Crazy Life reality show.