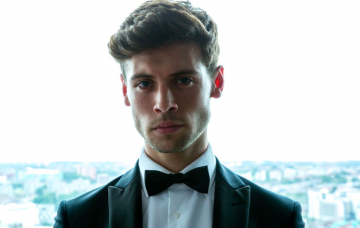 Emmerdale fans have been obsessing about Dales newcomer Joseph Tate ever since he arrived in Debbie Dingle’s life under the false name of Tom Waterhouse.

The obsession has only grown since his true identity was revealed last week, leaving Debbie – and mum, Charity – shocked to the core.

In case you missed it, and have been living an Internet-free life since last Thursday, Joseph is the son of Charity’s dead husband, Chris Tate, and the stepson she sent off to boarding school when he was a kid.

Joe’s back because he wants revenge on Charity, who he blames for his dad killing himself back in 2003.

Since we last saw Joe, he’s managed to make a pretty decent life for himself, earning himself millions along the way.

But hang on a cotton-pickin’ minute because Dales fans have spotted something about Joe’s money that could actually be his downfall.

Joe used his substantial inheritance from the Tate estate to set up Waterhouse International, which has since made him a multi-millionaire at the age of 22.

However, fans have questioned that – if Joe used money his dead dad had left him to start his business – does this mean his half-brother, Noah, and Chris’ widow, Charity are entitled to some of that cash?

“So does that mean Noah Dingle is Joseph Tate half brother this could be interesting is he entitled to half his money #emmerdale #JosephTate @emmerdale,” pondered one viewer.

Another preditcted: “Bet you anything Noah is entitled to half of Chris’s money and not everything is Joseph’s. #Emmerdale.”

“@emmerdale so would Joseph be able to have a claim on Noah seeing as that’s his half brother AND (who could also claim his inheritance?!) #Emmerdale,” mused a third. 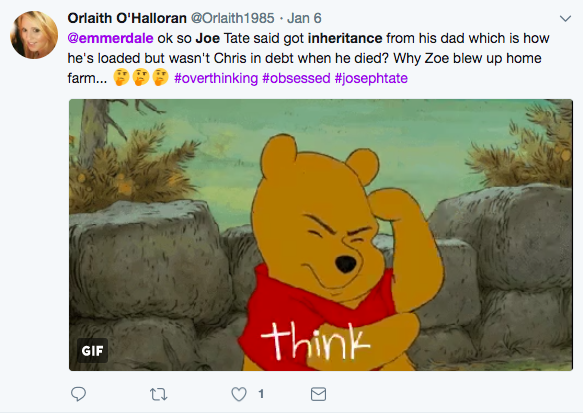 Well, the plot would certainly be much thicker if the Dingles had a claim on Joe’s millions. But surely this would have been the first thing Charity would’ve clocked?

Fans have also predicted that Joe’s right-hand man, Graham Foster, might not be all he appears after he turned against his master – sorry – boss earlier this week.

Annoyed by the way Joe was treating the Dingles, Graham told Joe he was done with him and then handed Sarah Sugden her health insurance documents after Joe had told her to burn them.

Viewers have predicted that Graham could actually be pulling Joe’s strings and is the real mastermind behind everything, even suggesting he could be Graham Clarke, who murdered Joe’s mum, Rachel.

Whatever unfolds, we’re pretty sure we’re going to be seeing a lot more of Joe and Graham.