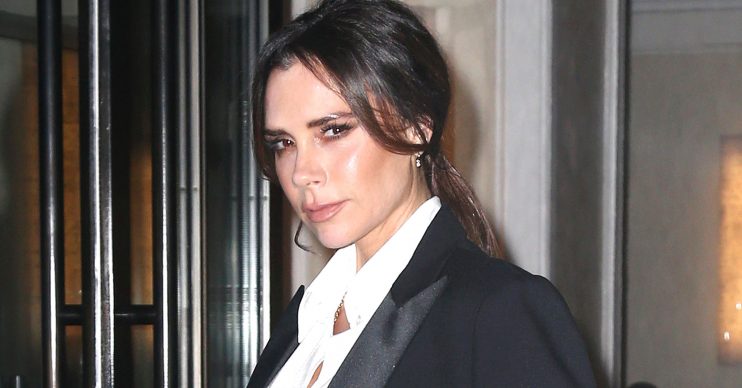 The mum of four looks sensational!

Victoria Beckham has shared a picture of herself working out, with fans saying the mum-of-four has the “perfect body”.

Sharing a picture of herself boxing to Instagram, Victoria can be seen wearing red leggings and a sports bra from her Reebok x Victoria Beckham range.

The star’s enviable abs could clearly be seen in the shot.

Fans were quick to comment on the picture, praising Victoria for being “absolutely gorgeous”.

One said: “You are absolutely gorgeous and a true inspiration to me.”

Another said: “Perfect body Victoria,” while one fan added: “You are literally Superwoman.”

Husband David also commented, asking his wife to credit him as her photographer. The star duly complied, editing her caption.

From labs to meetings… Busy working on #VictoriaBeckhamBeauty. Link in bio to subscribe for updates! #CleanBeauty #NotPerfect x Kisses

Victoria recently revealed that she’s been working on her own beauty range, Victoria Beckham Beauty.

Read more: Alex Hollywood to ‘fight for a chunk of ex-husband Paul’s fortune’

Taking questions from her fans in a Q&A on her Instagram Stories, she was asked if her former footballer hubby would be trialing her products.

Victoria revealed: “Definitely getting @DavidBeckham to test some of the VBB products.”

My little girl and bestest friend. Kisses xx mummy loves u so much xx

The former Spice Girl – who is mum to sons Brooklyn, Romeo and Cruz and daughter Harper – could also be returning to the stage with her bandmates, should Scary Spice Mel B get her way.

Mel recently revealed that she wants the girl band to play at Glastonbury next year, as part of the festival’s 50th anniversary.

Mel told the Mail On Sunday: “My plan is for all five of us to do Glastonbury next year. I’m in the process of persuading Victoria to do it. And I will make it happen.”