It may be ‘Blue Monday’, but soap fans were treated to some red hot action thanks to our pals over at Emmerdale!

The show’s viewers were sent into a frenzy thanks to a scene showing everyone’s favourite DILF – Robert Sugden – cradling his tiny baby Seb to his chest with no shirt on!

Robert’s been looking after his little lad ever since the tot’s mum, Rebecca, was injured in a terrible car accident – and it’s clear he’s struggling with being a single dad.

So much so that when Seb was sick all over him, poor Robert was forced to strip off his top… and the Emmerdale fans lapped it up… 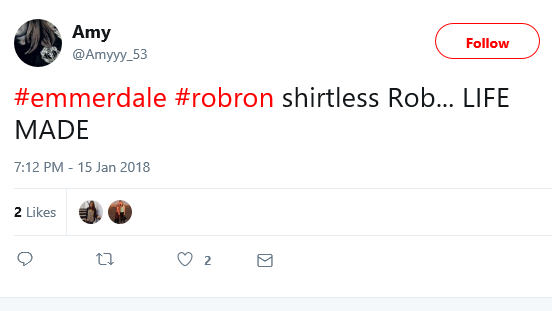 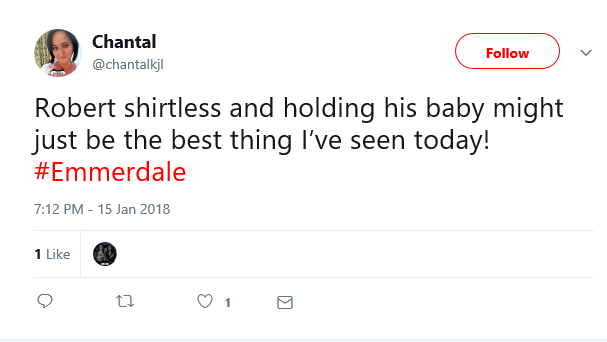 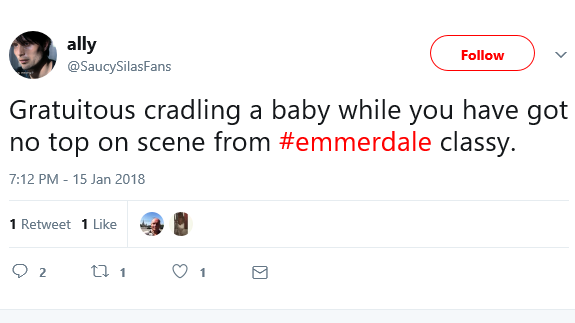 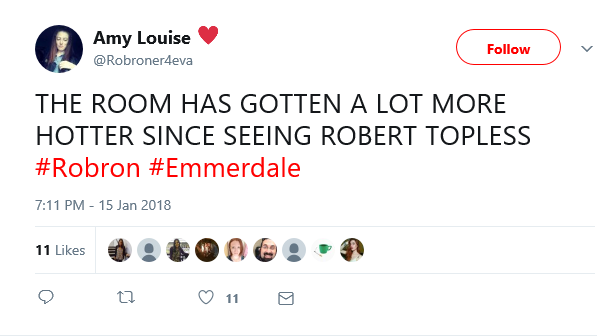 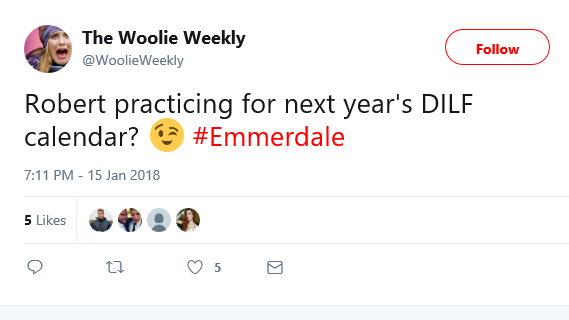 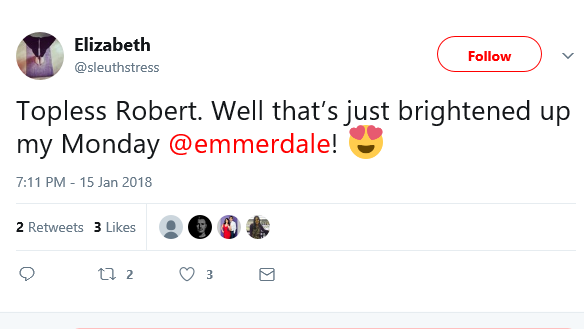 In fact it seemed the fans’ only complaint was that Robert’s ex-husband, Aaron, wasn’t around to see it! 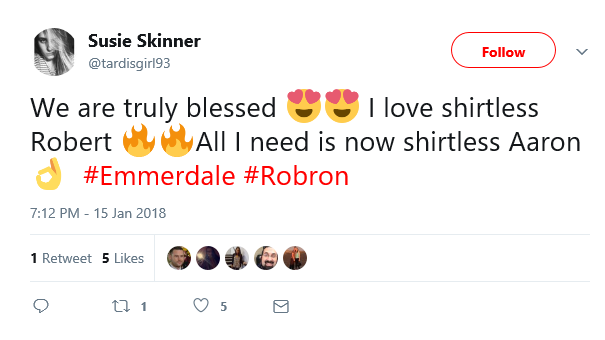 With poor Rebecca languishing in a coma, it looks as though Robert could be looking after Seb for quite some time – so let’s hope there will be more shirtless action in the weeks to come!

And just in case you missed it, here’s topless Robert once again…