Fans fear for Natasha Hamilton as she’s rushed to hospital

The Atomic Kitten star will need surgery this month

Natasha Hamilton was forced to pull out of a pantomime performance as she was rushed to hospital with “severe stomach pains”.

The Atomic Kitten star is currently playing Princess Jasmine in a festive show of Aladdin.

But sadly, bosses of Liverpool’s Epstein Theatre had to cancel its December 30 performance as Natasha was sent to A&E. 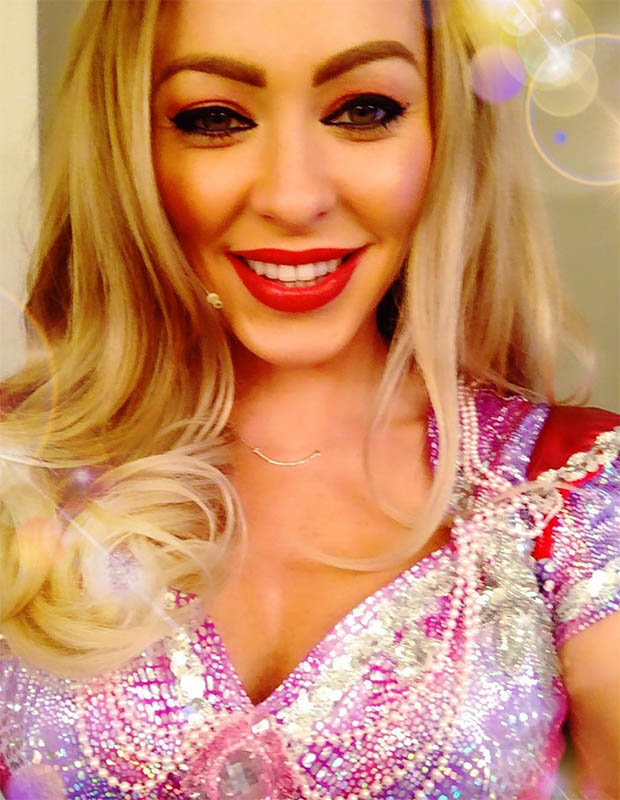 A source told The Sun: “Natasha was feeling really unwell and made the decision to visit A&E.

“It was stomach pains which have flared up from last year. She will probably need an operation this month.”

Read more: George Michael’s uncle and grandfather both took their own lives 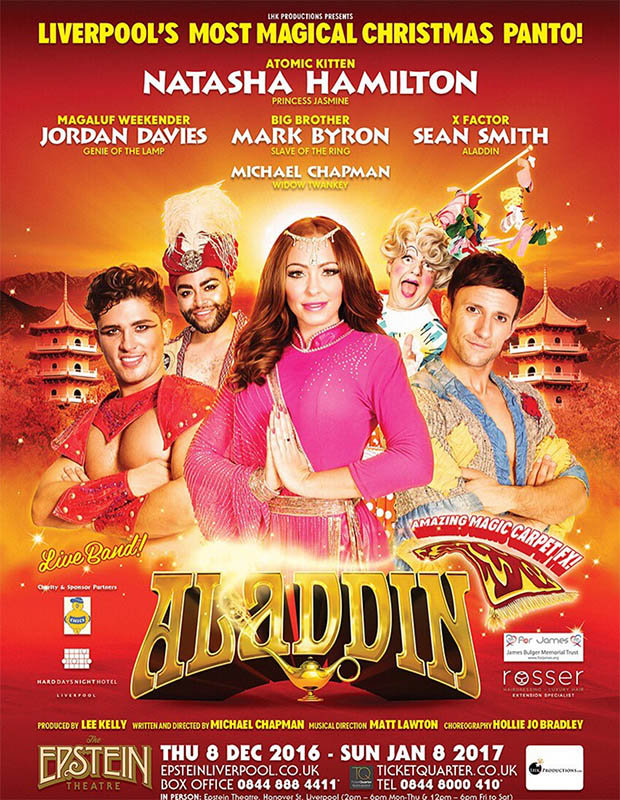 The 34-year-old mum of four tweeted at the time: “Apologies to anyone who cant watch our panto tonight, I’ve not been very well & spent the past few hours in A&E…x(sic)” 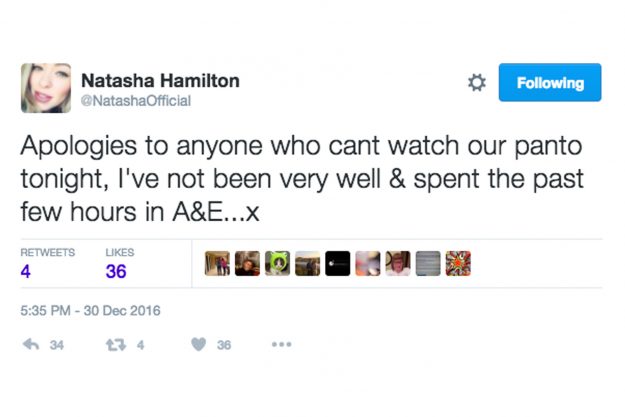 On New Year’s Eve, she then reassured fans that she was on the road to recovery.

“Tomorrow marks a new chapter. I’ll be back on stage hopefully feeling a lot better than the past few days. 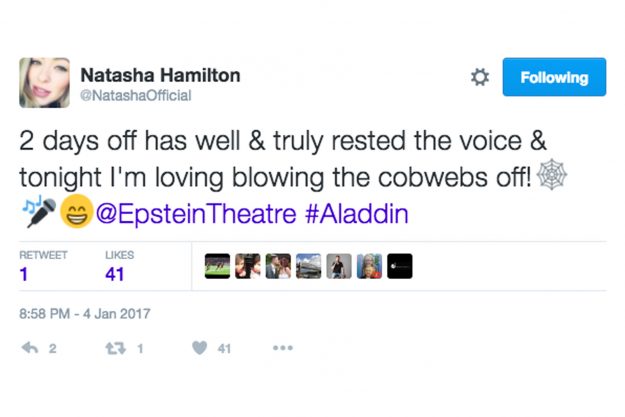 Fans rushed to offer their best wishes to the singer.

One wrote: “Hope its nothing too serious x get well soon x.” 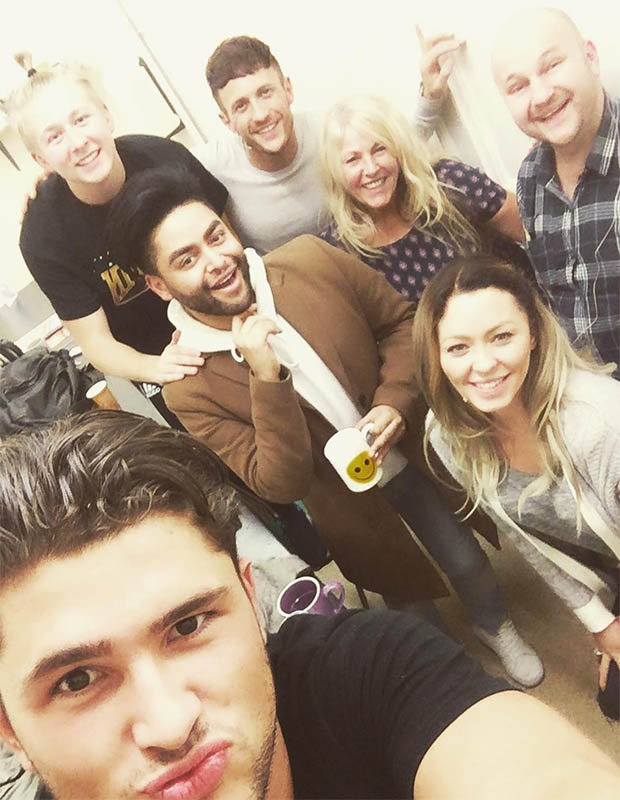 It seems the fans’ messages have worked, as Natasha got back on stage yesterday.

She tweeted: “2 days off has well & truly rested the voice & tonight I’m loving blowing the cobwebs off!”

We are so glad!