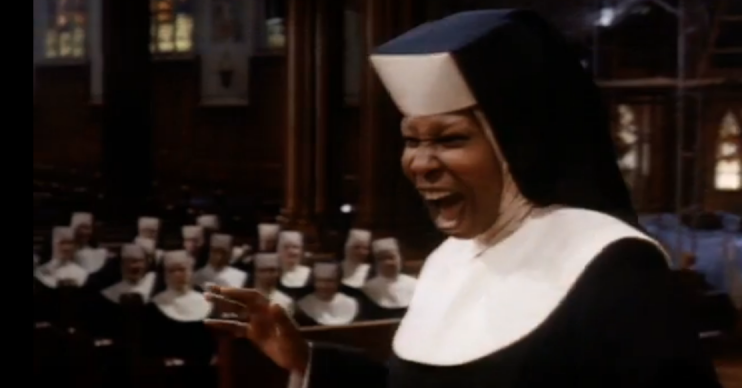 Movie star getting back in the habit

Hollywood legend Whoopi Goldberg is set to reprise her film role from Sister Act for the stage.

Whoopi, 63, will don a wimple yet again for London audiences next summer in a new adaptation of the much-loved musical.

She will joined by Jennifer Saunders, cast as the Mother Superior who takes in singer Deloris Van Cartier who lays low disguised as a nun after witnessing a murder.

Confirming the new dates on social media, Whoop said: “The original Deloris Van Carter is back.

“A little older, a little seasoned but really still kind of out there.”

Fans eagerly welcomed the news Whoopi would be back in the habit on social media.

“Sister will never be outdated,” tweeted one person.

Another added: “I AM VERY EXCITED ABOUT THIS!!!!”

And a third person contributed: “I’m gonna see two of my fave comedic legends on the same stage #TrulyBlessed.”

Oscar, Emmy, Grammy and Tony award winner Whoopi previously appeared in a limited amount of performances the stage show when it debuted in the West End ten years ago.

She had to cancel her final appearances owing to family reasons.

I’m coming back as Deloris Van Cartier in Sister Act The Musical for 6 weeks in London starting July 29, 2020. And I’m so excited to be playing with the great & talented Jennifer Saunders as Mother Superior. You can get your tickets at eventimapollo.com

However, Sister Act fans hoping for a singalong similar to the movie will be disappointed to realise the theatrical production’s tunes differ from those in the film for copyright reasons.

Whoopi starred in both Sister Act films, released in 1992 and 1993 – with the first film one of the biggest box office hits of the decade.

She enjoyed a reunion with many of the film’s cast – including Harvey Kettle and Kathy Najimy – on The View, the US talk show she hosts, a couple of years ago.