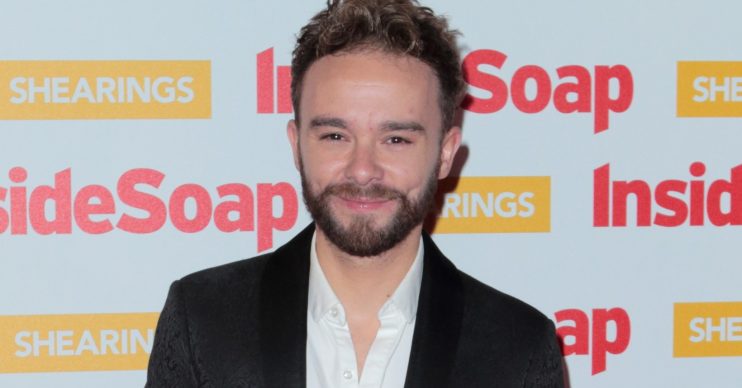 Reuben was drinking a can of Coca-Cola

Jack P Shepherd has been defended by fans against criticism over a photo of his son Reuben.

The Coronation Street actor has been on holiday in Mykonos with his girlfriend Hanni Treweek and his two kids Nyla and Reuben.

Jack, 31, shared one photo to Instagram showing Reuben sitting on a sun lounger while drinking a can of Coca-Cola.

Read more: Jack P. Shepherd fears he would be sacked from Coronation Street for I’m A Celebrity… Get Me Out Of Here appearance

However, some people were quick to complain about Reuben drinking Coca-Cola.

One person said: “Shame about the poisonous drink,” while another wrote: “Letting a child drink Coke in this day and age. @jackpshepherd88 trying to give his son diabetes.”

Fans were quick to jump to Jack’s defence.

One person said: “Those of you complaining because his little boy’s holding a can of coke, behave you’ll make yourselves poorly letting it get to you, what is wrong with giving your kids some fizzy drink especially when on holiday, it’s a treat for crying out loud…”

Another commented: “Ignore some of [the] comments, boring people!!!” while a third added: “It’s a can of coke, what is the problem with giving your kids a proper fizzy drink now and then.”

Meanwhile, Jack is soaking up the sunshine in Greece and has been sharing photos from their family getaway.

On Wednesday, the actor posted a string of snaps of himself, Hanni and his kids.

Fun and frolics all round. A completed day. Well done team! 🤘🏻😎❤️

The first snap sees the four of them dressed up for an evening out.

Another shows Jack holding Reuben and Nyla up in the pool while a third sees Hanni falling off of a banana inflatable.

Jack captioned the post: “Fun and frolics all round. A completed day. Well done team!”

Last month, Jack and Hanni enjoyed a break in the Dominican Republic but they were left terrified when “quite a few people died” after some were “poisoned from minibars”.

He told The Sun: “I went to the Caribbean, to the Dominican Republic, it was really nice but while we were over there quite a few people died.

Read more: Corrie’s Jack P. Shepherd reveals the truth behind the pints in the Rovers Return

“There were a lot of people whose drinks were all poisoned from minibars. A few British and they died. Nowhere near where I was, but it was a bit hairy, but I survived and we came back.”

The FBI had launched a poisoning probe amid concerns victims may have drunk alcohol which was contaminated with methanol or insecticide.