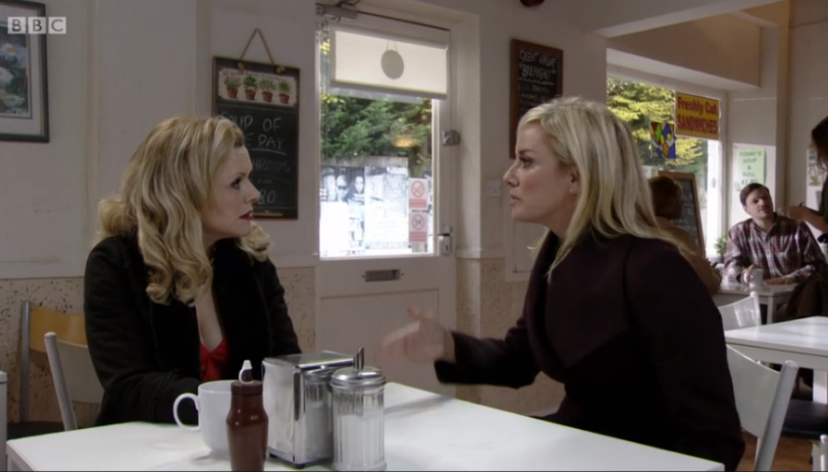 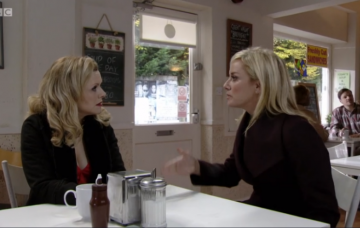 EastEnders fans are exasperated with the show’s continuity once again after Monday’s show failed to pick up where Friday’s left off.

Viewers were left with a cliffhanger over Ben Mitchell’s exit as he arrived for a new life in France with a bag of stolen money – only to discover the dosh had been swapped for old newspapers.

Ben was delighted to discover he still had one wad of cash left in his jacket and left the terminal at Calais with a big smile on his face.

However, Ciara Maguire was then seen watching him with a sinister look on her face, while Mel Owen had warned Ben he “wouldn’t survive a week” if he tried to go on the run with the stolen loot.

But then on last night’s episode, the action reverted back from France to Albert Square with no further explanation on Ben’s fate.

Ciara and Mel were also back in London, with the boss threatening Mel to find out where her money really was, or her son Hunter could be in danger.

Back in the Square, Ben’s old housemates Jay and Donna also carried on as normal despite the sudden disappearance of their best friend.

The scenes left many fans feeling confused over what has happened to Ben and where the heist money could now be.

“We’ve not been shown Jay being broken up over Ben leaving for even a second. Yet again, it’s like we’ve just skipped an episode,” one wrote on Twitter.

Another agreed asking: “So, was that the last we saw of Ben on Friday’s EastEnders?”

A third was so enraged they wrote their tweet all in caps shouting: “STOP SKIPPING EPISODES… THAT LASS WAS IN FRANCE WITH BEN AND NOW SHE’S PRANCING AROUND LONDON. WHAT HAPPENED BETWEEN HER AND BEN.” 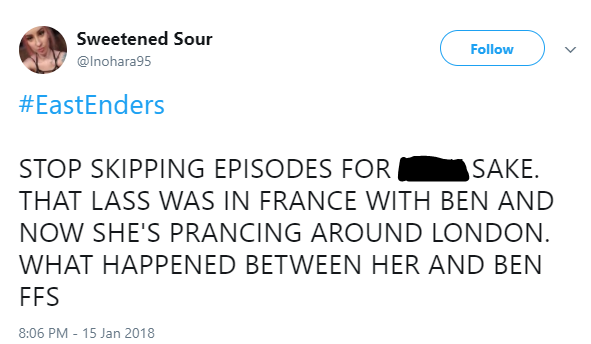 Some believe Ben’s death could be explained at a later date when his body is found, while one fan believes he has an interesting theory – and it’s that Ben isn’t leaving the show at all.

It would be quite an elaborate ruse given the actor who plays him, Harry Reid, made an emotional farewell to fans via his Instagram after Friday’s episode aired. 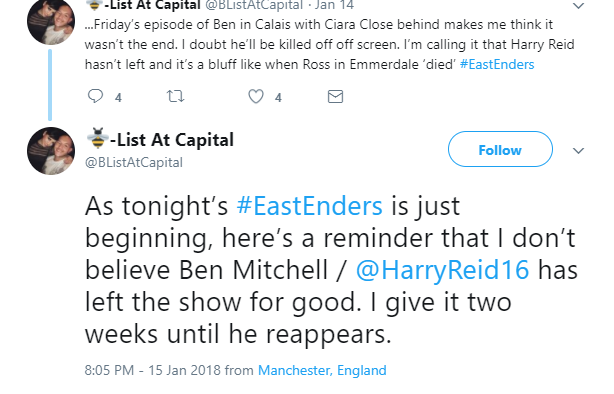 He said: “I just wanted to say thank you to everyone who has supported me over my time on EastEnders.

“I’ve loved my time on EastEnders, I’m looking forward to seeing the episode tonight. So thank you for your support, I hope you enjoy tonight and thanks again, have a great weekend.”

A quick comeback from Ben would be quite a plot twist! We wouldn’t put it past the scriptwriters!