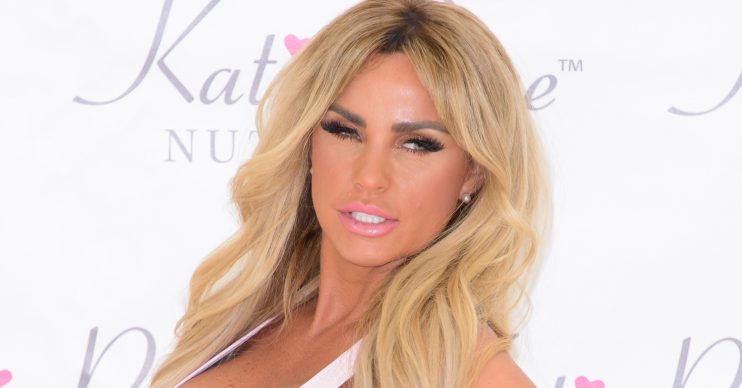 She was reportedly not drinking at a family wedding this weekend

For most people, five kids would be more than enough, but Katie Price has sparked rumours she’s about to expand her family AGAIN.

In fact, fans are convinced the former glamour model is pregnant, after she dropped hints on Instagram and reportedly left a wedding party early without drinking.

The reality star’s on/off boyfriend Kris Boyson, 29, himself dropped the biggest clue, sharing a picture on social media, where he’s clearly got his hand on Katie’s stomach.

Fans were intrigued by the pose, with comments asking: “Is Jordan pregnant? x.” As another added: “Baby on the way???” A third questioned: “Why is he holding her stomach!? 😯🤔🤔🤔.”

The 41-year-old – who is already mum to Harvey, from a fling with footballer Dwight Yorke, Junior and Princess from her marriage to Peter Andre, as well as Jett and Bunny from her marriage to Kieran Hayler – also sparked questions at the weekend, after she left a family wedding reception early, and allegedly didn’t drink. She was also wearing a dress that appeared to deliberately disguise any possible bump.

The Mirror Online report a source at the wedding as saying: “She was outside the church just walking round, pouting, looking like she wanted attention from people but no one really was.

“She wasn’t at the reception long and then left. I didn’t see her drinking at all.”

It followed a hint on Instagram on Monday, where Katie talked about motherhood, sharing an image that read: “My biggest accomplishment will never be money. It’ll be who I raised.”

Do you think Katie is pregnant again? Leave us a comment on our Facebook page @EntertainmentDailyFix and let us know what you think.