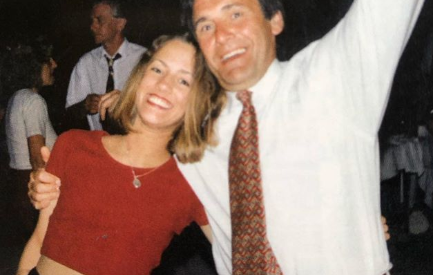 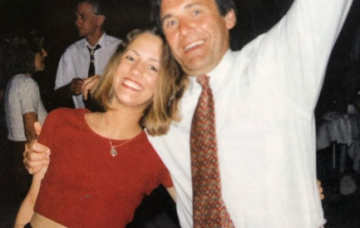 The presenter shared a 24-year-old photo

There’s nothing better than a celebrity throwback photo, and Caroline Flack’s fans had plenty to say about her latest shocking Instagram post.

The amazing picture, from 24 years ago, shows the Love Island presenter when she was just 15, and enjoying a fun night out with her dad.

The 39-year-old shared the snap, alongside the caption: “When I was 15….Love you dadda flack ❤️.”

Her 1.9m followers were delighted, with many refusing to believe she’s aged at all.

One wrote: “FIFTEEN………? this looks like last week! The years have been kind to you missus 👌👌👌.”

Another said: “U actually look older here then u do now haha, are you Benjamin button x.”

Others just focused on the loveliness of the post, with one commenting: “Wahhh what a gorgeous pic! Your dad looks ace!!!!!!! ❤️❤️❤️.”

Another wrote: “Awww this is so cute. You’ve barely changed! ❤️.”

Many others laughed about her dad’s celeb-alikes, with one comparing him to presenter Piers Morgan and another commenting that he looks like actor Sid Owen.

Caroline was back on telly over the Christmas period, as a contestant on Strictly Come Dancing’s Christmas special.

The singer was the sixth celebrity to exit last year’s series and many viewers thought he should have gone further.

“Honestly, just thank you,” he said after winning the Christmas episode.

“I’ve had the best, best time from the series to the Christmas special, even to just meeting new friends.

“The judges, you guys, thank you so much for your comments, everyone in here just thank you, and this woman right here (Janette).”

It’s hard to comprehend that this woman is really turning 40 soon. 15 or 39, she looks amazing.

Would you believe this is Caroline? Leave us a comment on our Facebook page @EntertainmentDailyFix and let us know what you think.