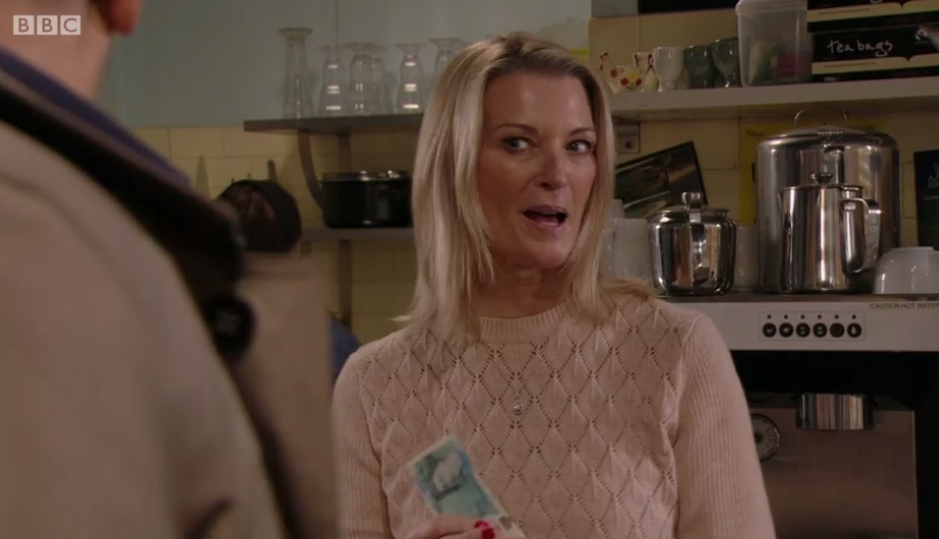 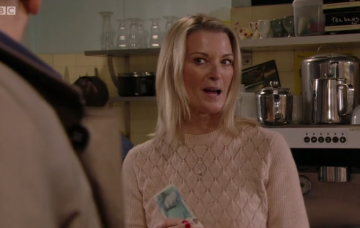 Living in Albert Square can’t be much fun. Something unpleasant seems to happen there every day – or certainly every Monday, Tuesday, Thursday and Friday.

But there is one VERY good reason for moving to Walford – the tea is cheap!

Fans of the BBC show were left gobsmacked when Masood Ahmed ordered three mugs of the stuff in Kathy’s café last night, only to be charged a ridiculously low fee.

When Masood (played by Nitin Ganatra) ordered a brew for himself, his aunt and his uncle, you expected Kathy to sting him for at least £6 – after all, EastEnders is set in London.

But the veteran character (Gillian Taylforth) seemed to have stepped back in time as she asked her customers for just £2.40 – that’s 60 pence per mug.

We can only assume that Masood took pity on her, because he handed over a fiver and told her to keep the change!

Either way, the cheapo char didn’t escape the attention of viewers at home, and Twitter was soon ringing with cutting comments.

And a third chipped in: “The biggest hole in the current #EastEnders script writing is that three teas in the East End would cost £2.40. I DONT FINK SO M8.”

Soap writers never seem to get it right when it comes to the prices charged in cafés and shops.

Read more: EastEnders SPOILER: Devastation for the Brannings as Abi’s life support is switched off

Indeed, Easties fans mocked Kathy’s for being too EXPENSIVE back in October when a sign in the café advertised a bacon or sausage sandwich and a coffee for £6.

And last week, Corrie viewers were up in arms after Michelle appeared to buy three items in Dev’s shop, before being charged a whopping £18.50.

We can only assume the scriptwriters never do their own shopping!