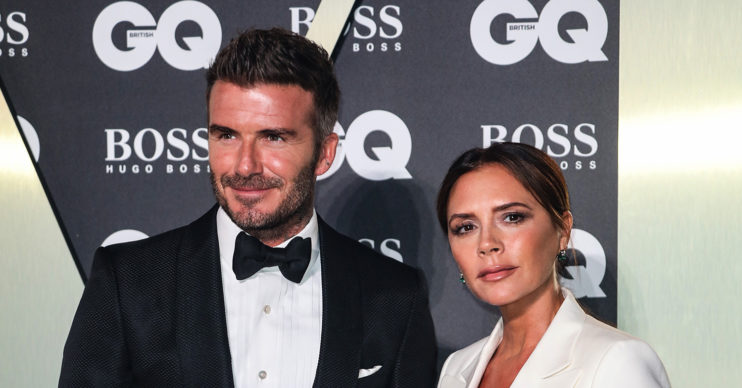 David, 45, celebrated his anniversary to wife Victoria, 45, on social media.

Sharing a video full of memories, David quipped how the Spice Girl first caught his eye.

In the post’s caption, he admits it was Victoria dancing in a catsuit that first piqued his interest.

Posting in view of his some 63.4 million Instagram followers, David wrote:

“Well about 23 years ago I was sat in a room with Gary Neville and the spice girls were on the TV and I turned around to him and said ‘ohhhh I like that one in the little black catsuit’ who would have thought that all these years later we are celebrating 21 years of marriage and have four of the most beautiful and perfect kids..

“Thank you and Happy Anniversary I Love You Victoria Beckham.”

The touching video includes clips from the music video as well as dozens of photos of them with their four children.

A clip of the couple dancing at their glamorous 1999 wedding is also featured.

Fans rushed to congratulate the pair on their important day.

Many commented on what a great couple they’ve made through the years.

One user wrote: “Happy anniversary. You two are the perfect couple.”

Another user commented: “Goals and then some.”

And a fourth praised: “Good on you guys for sticking with marriage in a time where so many walk away. Til death do us part.”

The post comes just a day after David took a cheeky swipe at Victoria.

She had previously mocked him for sporting a cardigan, with David admitting she wasn’t a “massive fan”.

However, he defiantly wore yet another cardi for an evening stroll.

Sharing a stunning snap on Instagram, he said Victoria actually approved of his new one.

He wrote: “Not sure what my pinky is doing but lovely walk anyway oh and just another cardi but this one was a winner with @victoriabeckham.”