She was recently hospitalised following her collapse in the Celebrity MasterChef kitchen and now Kellie Maloney has opened up about her suicide attempt to the Loose Women panel.

Kellie said she tried to take her own life last October after thinking she had ruined her children's lives. Kellie has three daughters – Emma, Sophie and Libby.

The former Celebrity Big Brother star decided to undergo gender reassignment surgery back in 2014 after years of "living a lie" as boxing promoter Frank. 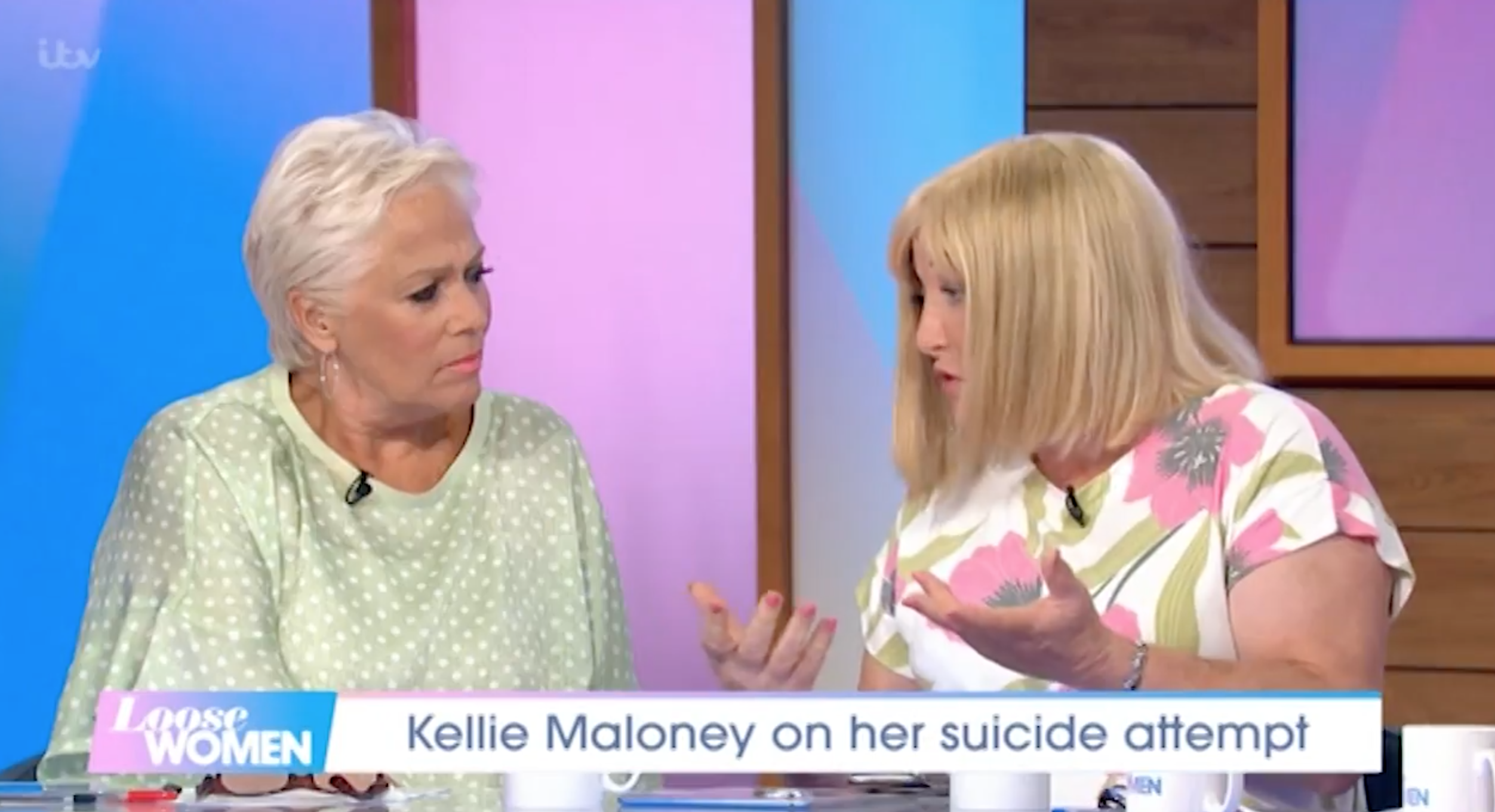 Speaking on World Suicide Prevention Day, Kellie revealed to Denise Welch that she fell in with the wrong crowd in Portugal and started drinking heavily.

She said: "I went to bed and luckily I had my ex-counsellor Jan staying with me. I started looking at pictures of me as Frank and thought, have I messed up my children’s lives?"

Kellie added: "I started taking all these different pills and was drinking wine straight from the bottle. I ran out of wine so went to the fridge. Jan must have heard me, she didn’t say anything just stood behind me. I picked up another bottle."

I started taking all these different pills and was drinking wine straight from the bottle.

Revealing she "wasn't thinking straight", Kellie said: "My dog was in the living room. I went to stroke him to say goodbye. I don’t know why. Then I passed out. The next thing I knew I woke up in hospital."

Denying claims that she regrets transitioning, Kellie also spoke about suicide rates in the trans community.

She said: "I think a lot of people till struggle with accepting trans people. I've had friends on this journey I met at my support group who unfortunately did take their lives."

She added: "We do have the highest rate of suicide of any group. It's hard for people to come out and accept it. I’ve been lucky because I’ve had my family and support team. But I do have that dark cloud come over."

Twitter users came out in support of Kellie's bravery, calling the star "an inspiration" and urging people to "live and let live".

What an inspiration Kellie Maloney is. @loosewomen 🙌🙌🙌

Kellie had previously revealed her upset after her Celebrity First Dates segment was scrapped after the man she dated refused to let the scenes air after discovering she was trans.